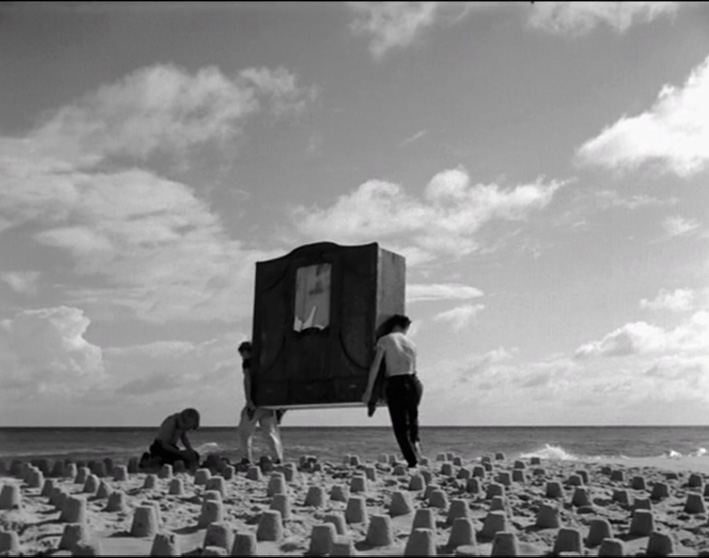 Posted at 12:56h in Uncategorized by admin 0 Comments
0 Likes

The film itself features two men, played by Jakub Goldberg and Henryk Kluba, who emerge from the sea carrying a large wardrobe, which they proceed to carry into a town. Carrying the wardrobe, the two encounter a series of hostile events, including being attacked by a group of youths (one of whom is played by Polanski himself). Finally, they arrive back at a beach and then disappear in the sea.

One of his earliest films, at 25 years old, Polanski is still exploring the best way to shock the audience, engross the audience, AND serve them a feast of the unconventional. Perceptive, witty and occasionally downright nasty (see the theatrical ‘murder’ in the river as the two heroes blithely carry the wardrobe along the bank), Polanski’s trademark weirdness is still embryonic but ultimately satisfies. An oddity, yes, and a must see for anyone who cherishes dreams of film school.