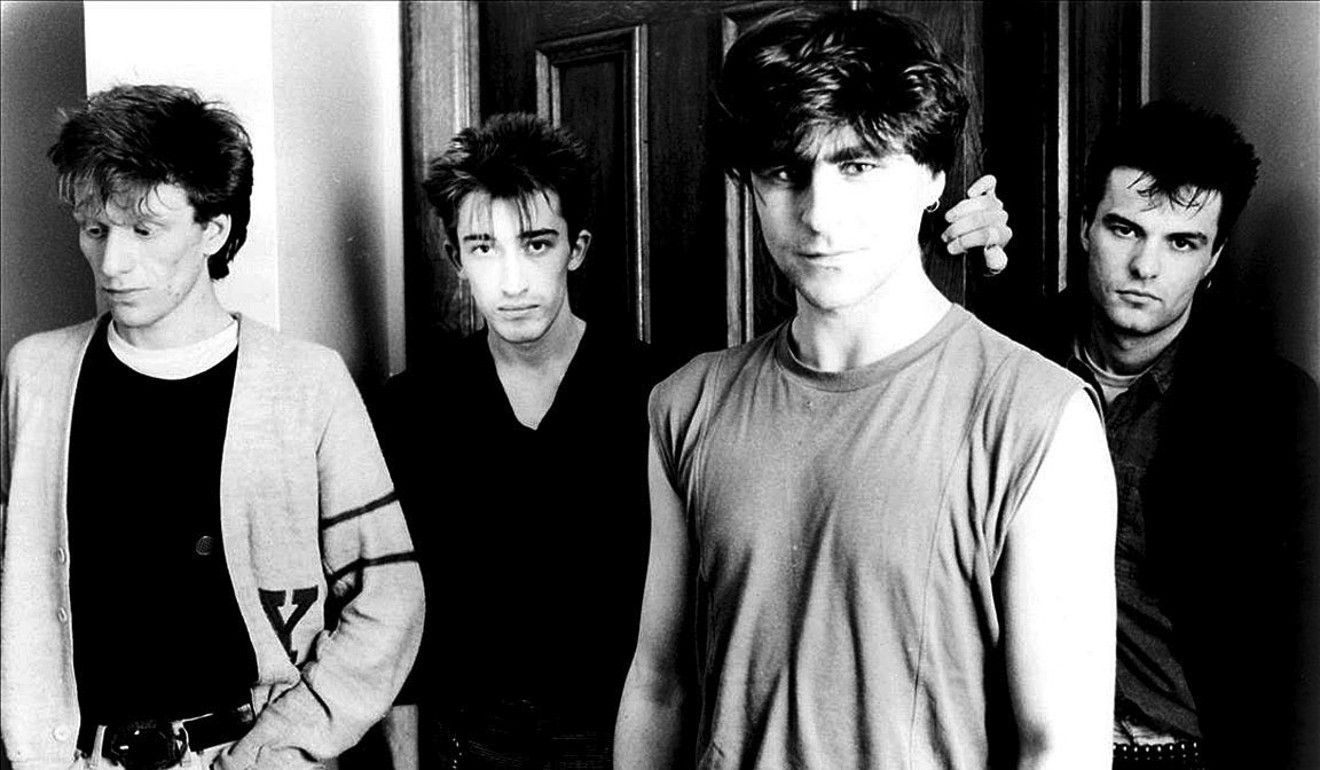 ChameleonsVox, are the latest incarnation of  the atmospheric post-punk pop band the Chameleons formed in Manchester, England, in 1981 from the ashes of a number of local groups: vocalist/bassist Mark Burgess began with the Cliches, guitarists Reg Smithies and Dave Fielding arrived from the Years, and drummer John Lever (who quickly replaced founding member Brian Schofield) originated with the Politicians. After establishing themselves with a series of high-profile BBC sessions, the Chameleons signed to Epic and debuted with the EP Nostalgia, a tense, moody set produced by Steve Lillywhite which featured the single ‘In Shreds.’…. The quartet was soon released from its contract with Epic, but then signed to Statik and returned in 1983 with the band’s first full-length effort, Script of the Bridge. What Does Anything Mean? Basically followed in 1985, and with it came a new reliance on stylish production; following its release, the Chameleons signed to Geffen and emerged the following year with Strange Times. The dark, complex record proved to be the Chameleons’ finale, however, when they split following the sudden death of manager Tony Fletcher; while Burgess and Lever continued on in the Sun & the Moon, Smithies and Fielding later reunited in the Reegs. In 1993, Burgess surfaced with his proper solo album Zima Junction. He and his band the Sons of God toured America the following year. . . . . . 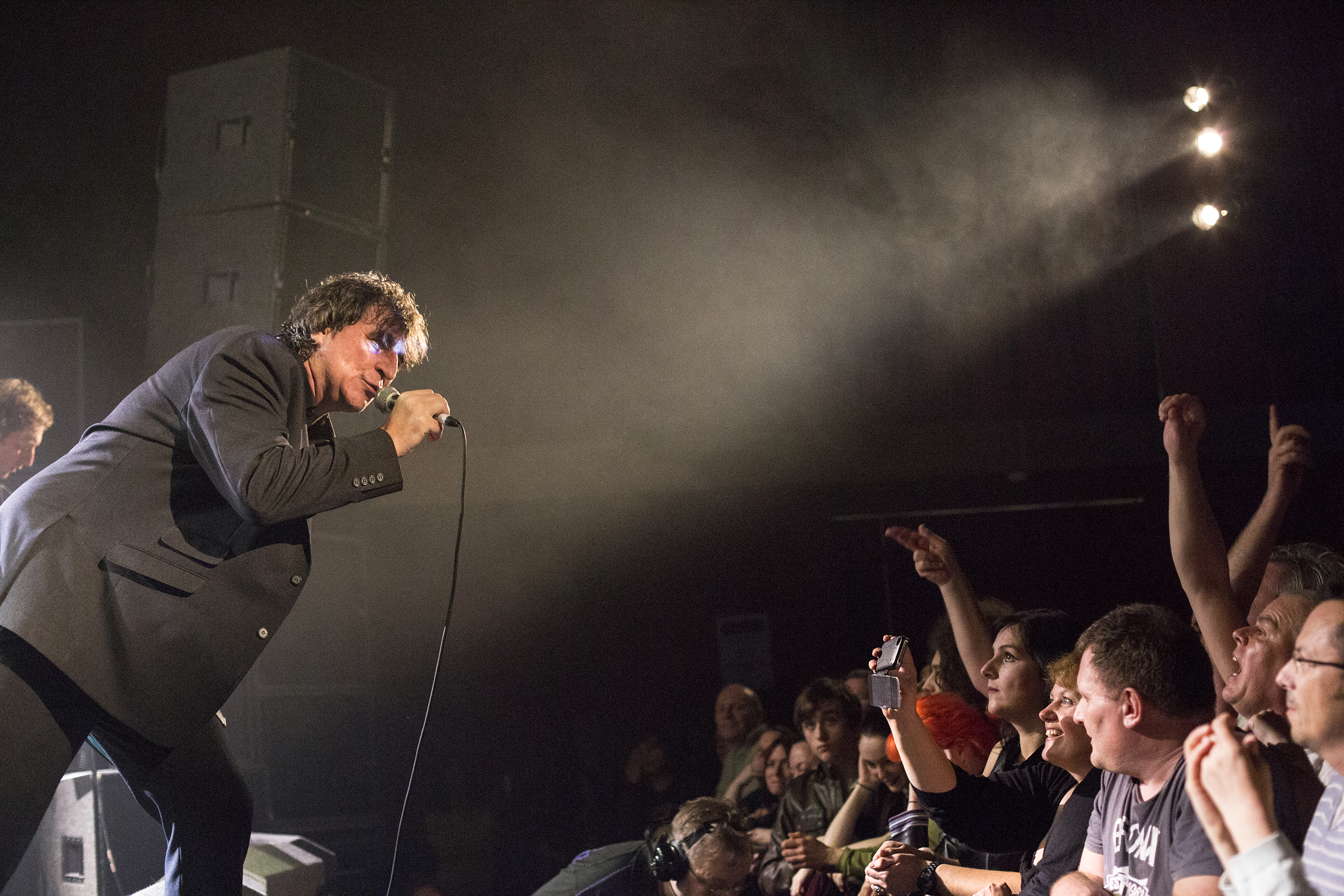 As the ’90s came and went, the four members of the Chameleons UK continued to work on music and see one another on a personal basis. While their own musical projects kept them busy, a reunion was practically inevitable. The Chameleons reconnected in January 2000 to prep for three May dates in England. The acoustic-based, self-released Strip was available by showtime and for a limited time only. Additional European dates followed throughout the summer, and by fall the Chameleons UK played their first American shows in nearly 15 years. Several live efforts appeared shortly thereafter. Why Call It Anything? (2001) marked the Chameleons’ first studio album since 1986’s Strange Times. 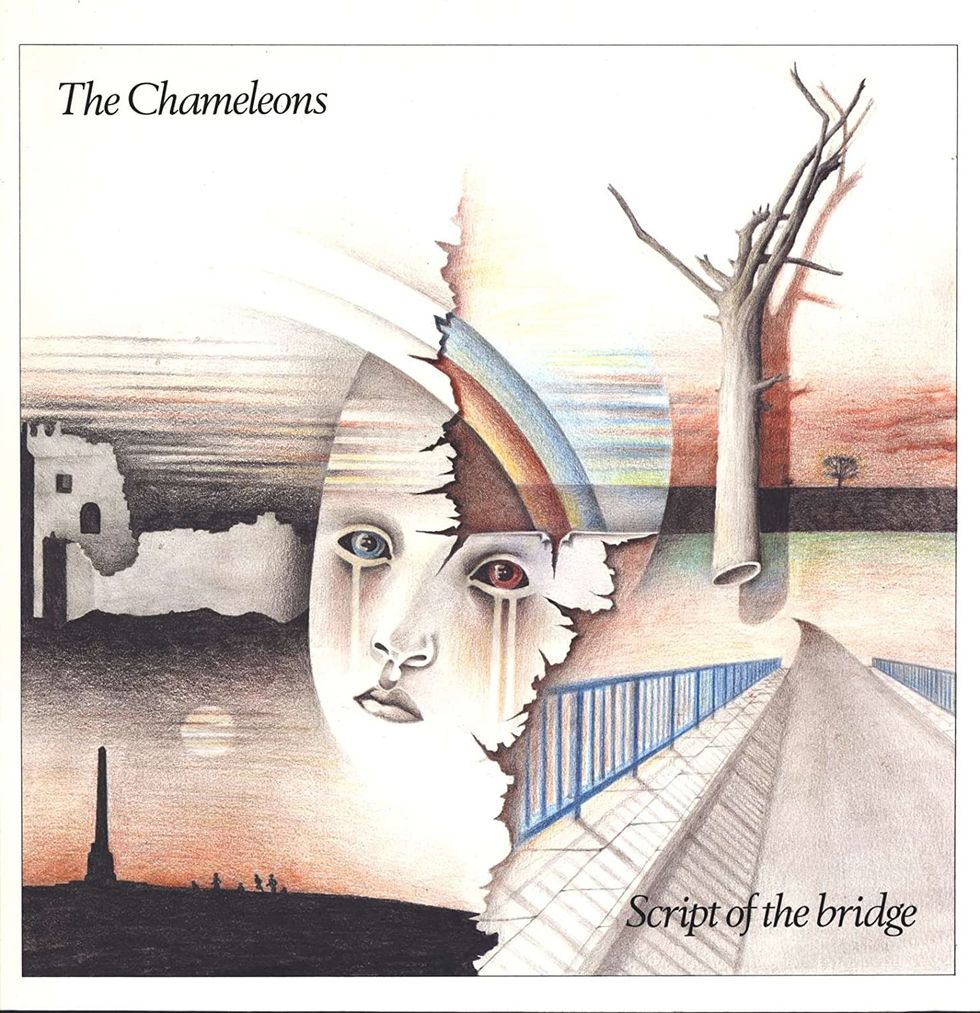 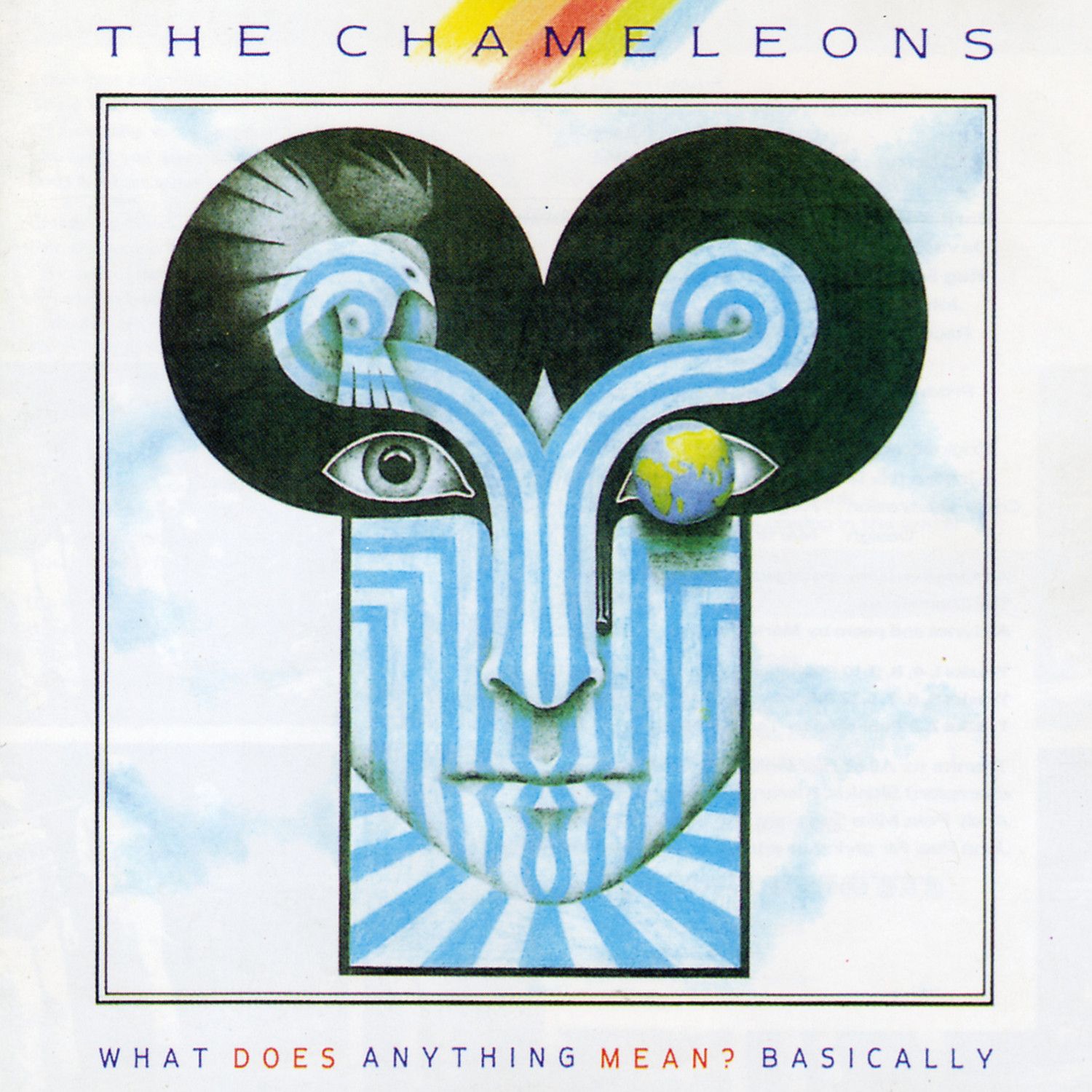 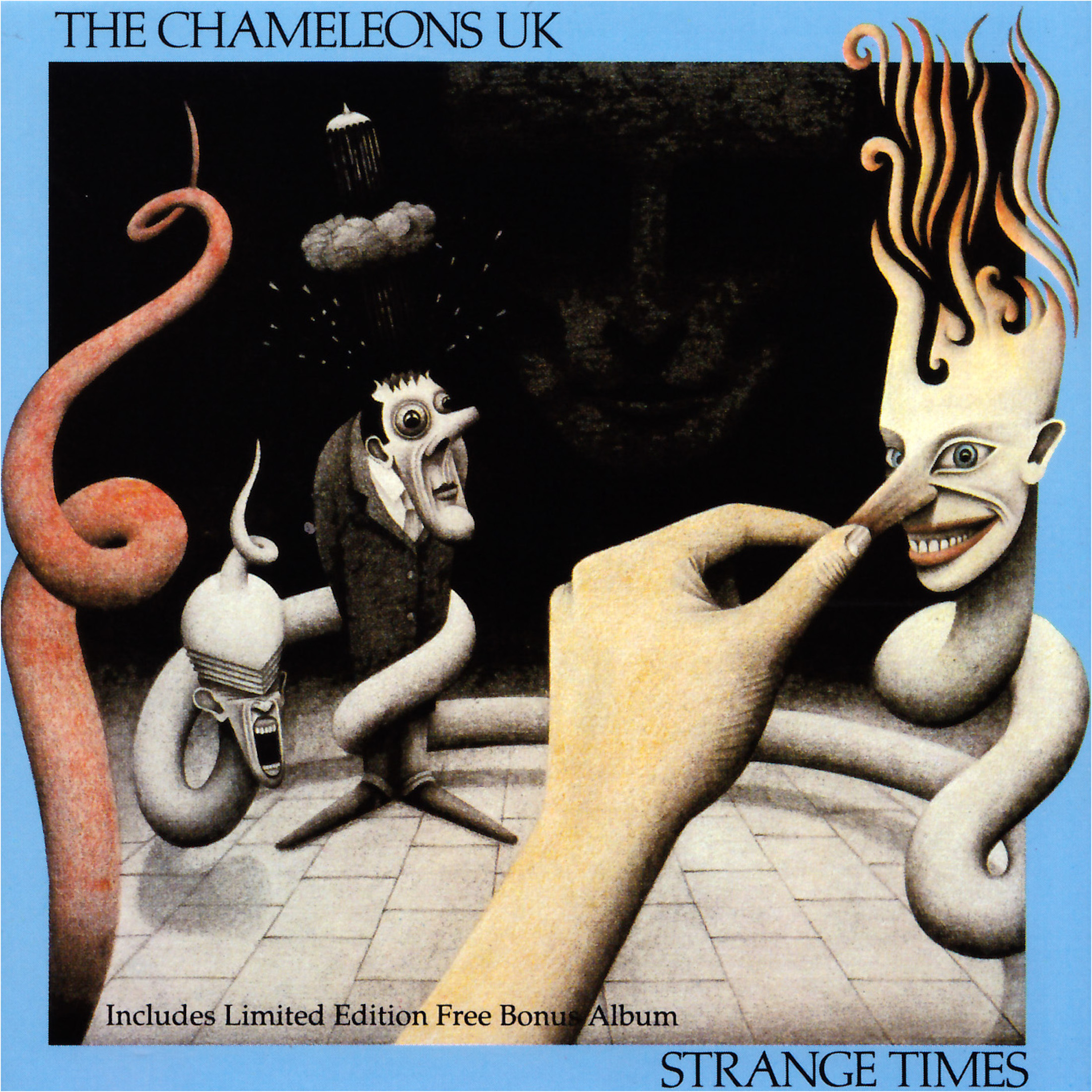 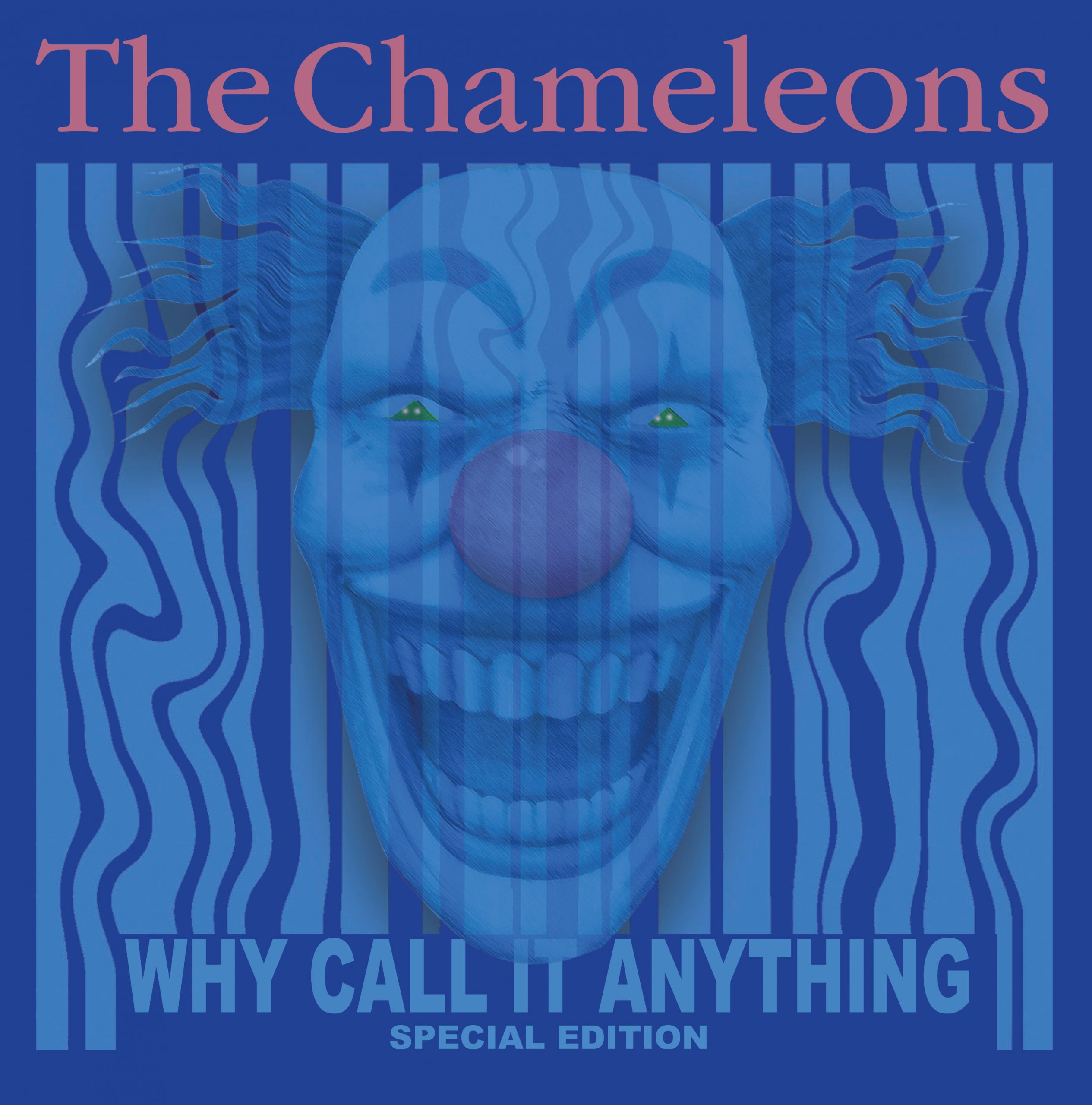 The Chameleons have had influences on many artists including The Flaming Lips, The Killers, Interpol, The Editors, Slowdive, The National, The Verve, Moby and Oasis...
Strange Time especially seems to be an influence on main songwriter Noel Gallagher, who posted on his Instagram account on March 22, 2018, he cited The Chameleons as an early influence on his songwriting, quoting..
‘I’d forgotten how much Strange Times meant to me. It came out in ‘86. I was 19!! I’ve been listening to it every day since and I have to say it’s blown my mind..again! It must have influenced my early years as a song writer because I can hear ME in it everywhere!!’
Now as Chameleons Vox, with original members  Mark Burgess on lead vocals and Reg Smithies ~ guitars…
the new incarnation also features…
Neil Dwerryhouse – Guitar
Stephen Rice – Drums
Danny Ashberry – Occasional keyboards and additional bass
Tony Skinkis – Manager of Mystery
Chameleons Vox are constantly touring and in demand more than ever at festivals around the world…
2 releases on moochin’, feature a live set from the Strange Times tour in 2018 and an iconic return to Manchester The Ritz 35 years on from the first time they played there… and in celebration of that concert, they played the exact same set from that night…
Another release on Moochin’, a 4 track EP titled ‘Where In the World’, (which is now sold out), featured original Chameleon demo’s re-recorded with the newest members of Chameleons Vox – but these tracks are available on the Strange Times Live LP…