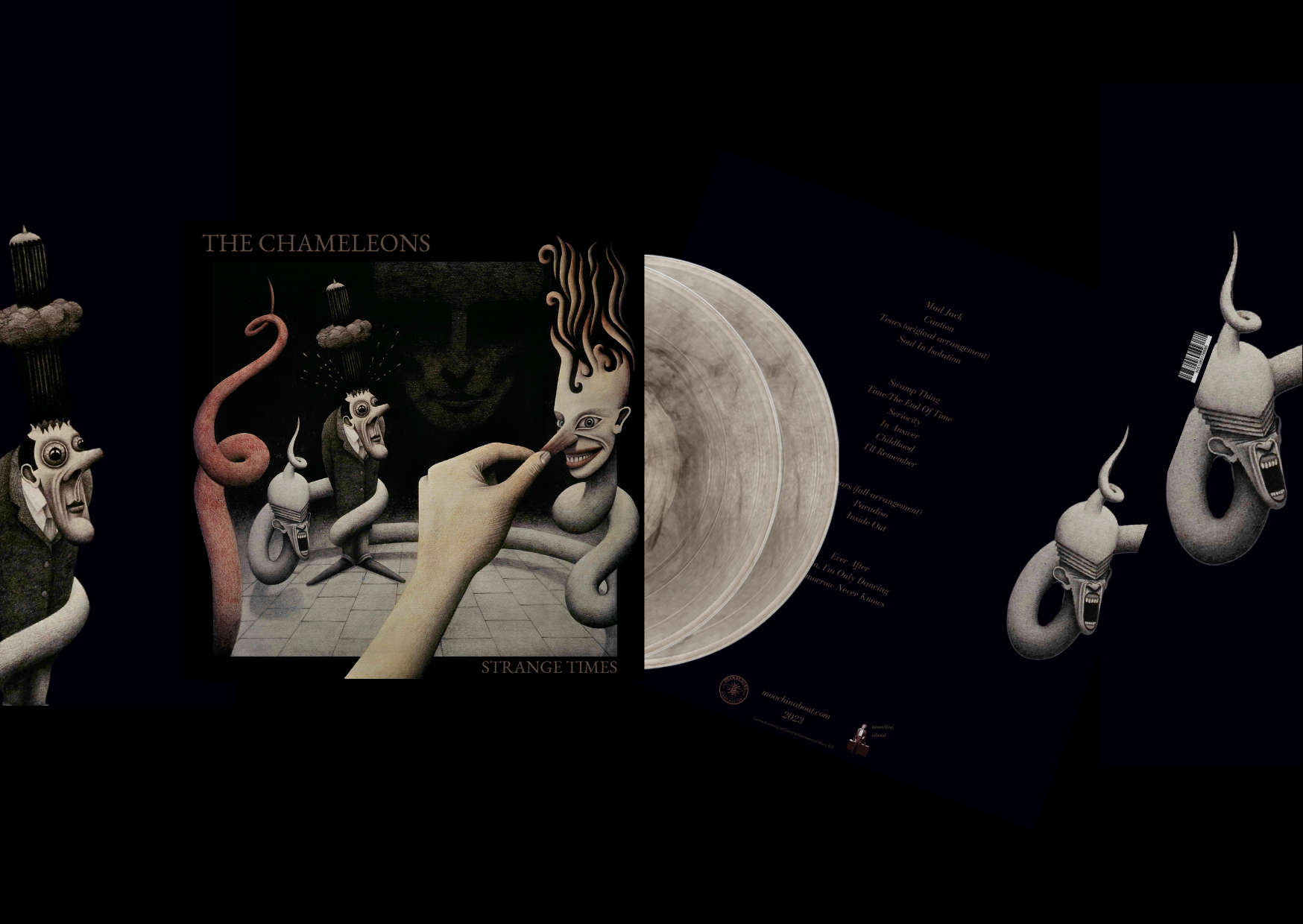 Posted at 10:29h in Uncategorized by admin 0 Comments
0 Likes

apologies, but the official UK release date for The Chameleons Strange Times – Black Edition is now 9/12/22

you can still pre-order from a number of stores, including…. 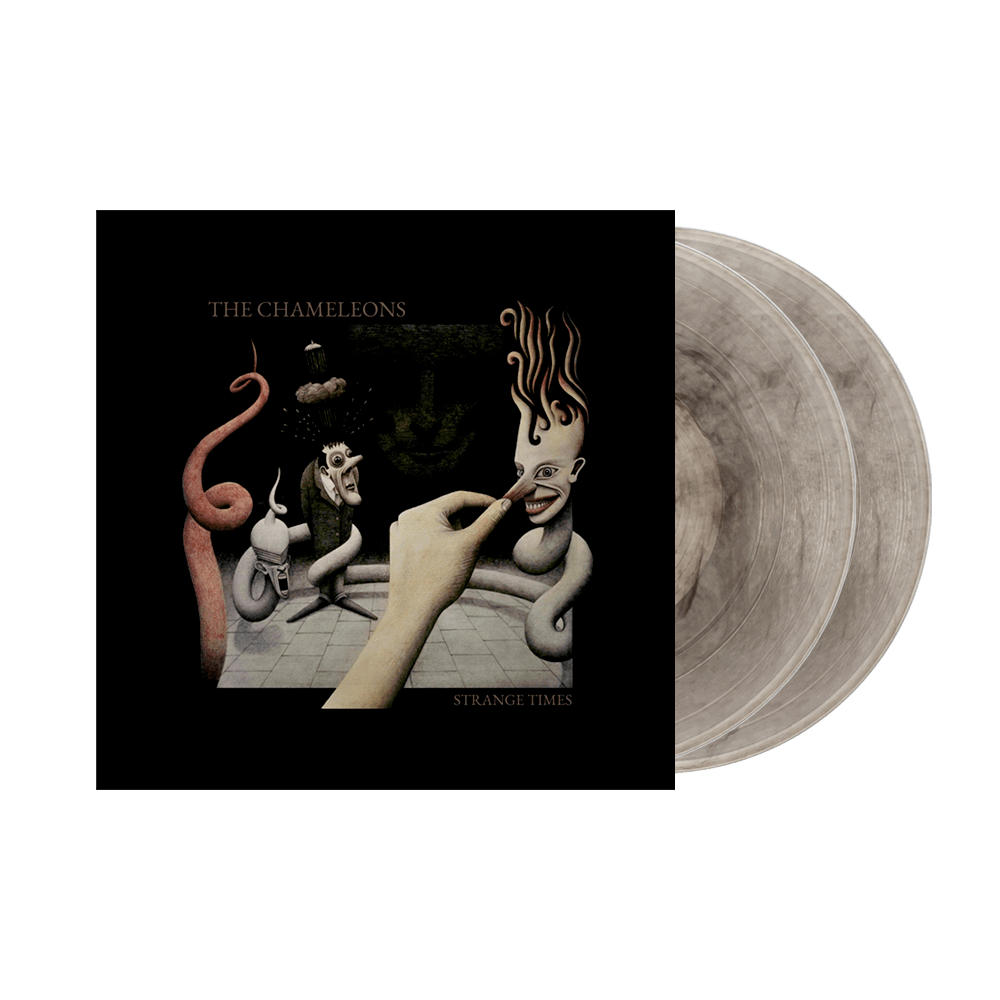 Originally planned for release last year to celebrate its 35th year since its original release – Moochin’ About are extremely proud to announce the release of one of the greatest albums of all time – Strange Times, from the vastly influential post-punk band, The Chameleons – who were formed in Middleton – Manchester, England in 1981…

Strange times their 3rd album release and was released 1st September 1986 on the iconic Geffen label.. Initial American pressings of the record came with a bonus 12″ with six additional tracks, which are added to this release… The American cassette also had the same bonus tracks, split up so that each side of the cassette contained half of the bonus tracks. The record did not have a “B” side; it was credited as Side A and Side A+..

The album was never released on CD in any territory until 1993. Although Geffen released it as a two-disc set with all of the bonus tracks in the UK and Germany, the decision was made to omit one of the bonus tracks (“Ever After”) from the American version to facilitate its release on a single disc.

The flawless album boasts some of the most iconic Chameleons tracks, such as Swamp Thing, Tears, Soul in Isolation, Caution, In Answer & Mad Jack…

Mark Burgess later said, “Strange Times is my favourite. Personally, I believe it was the best lyrical work I’d done with the band and some of the best vocal performances, and I think the Chameleons really began to mature and move forward with this album…

In a post on his Instagram account on March 22, 2018, Oasis guitarist Noel Gallagher cited Strange Times as an early influence on his songwriting: “…I’d forgotten how much this album meant to me. It came out in ‘86. I was 19!! I’ve been listening to it every day since and I have to say it’s blown my mind..again! It must have influenced my early years as a song writer because I can hear ME in it everywhere!!…

Strange Times was praised by the critics who reviewed it. Ian Gittins of Melody Maker called it “a marvellous departure” from their previous work and “a wonderful record”.Robert Palmer of The New York Times described it as “the band’s most inventive and winning album yet and as a fine a record as any pop-rock guitar band has made this year. it should delight just about anyone”.

SOUNDLAB – John Lever’s drums sound almost machined in their flawless precision and silvery tone. Strange Times afford Lever the opportunity to create some complex rhythms (“Caution”), some massive beats (“Swamp Thing”) and to simply show-off his versatility (“Mad Jack”) as one of the best drummers in rock.

Over the years its received constant critical acclaim, with readers of Q Magazine voting it the 53rd greatest album ever & and NME ranking it as the 28th best album of all time and the 13th best British album…

apologies for the added delay…