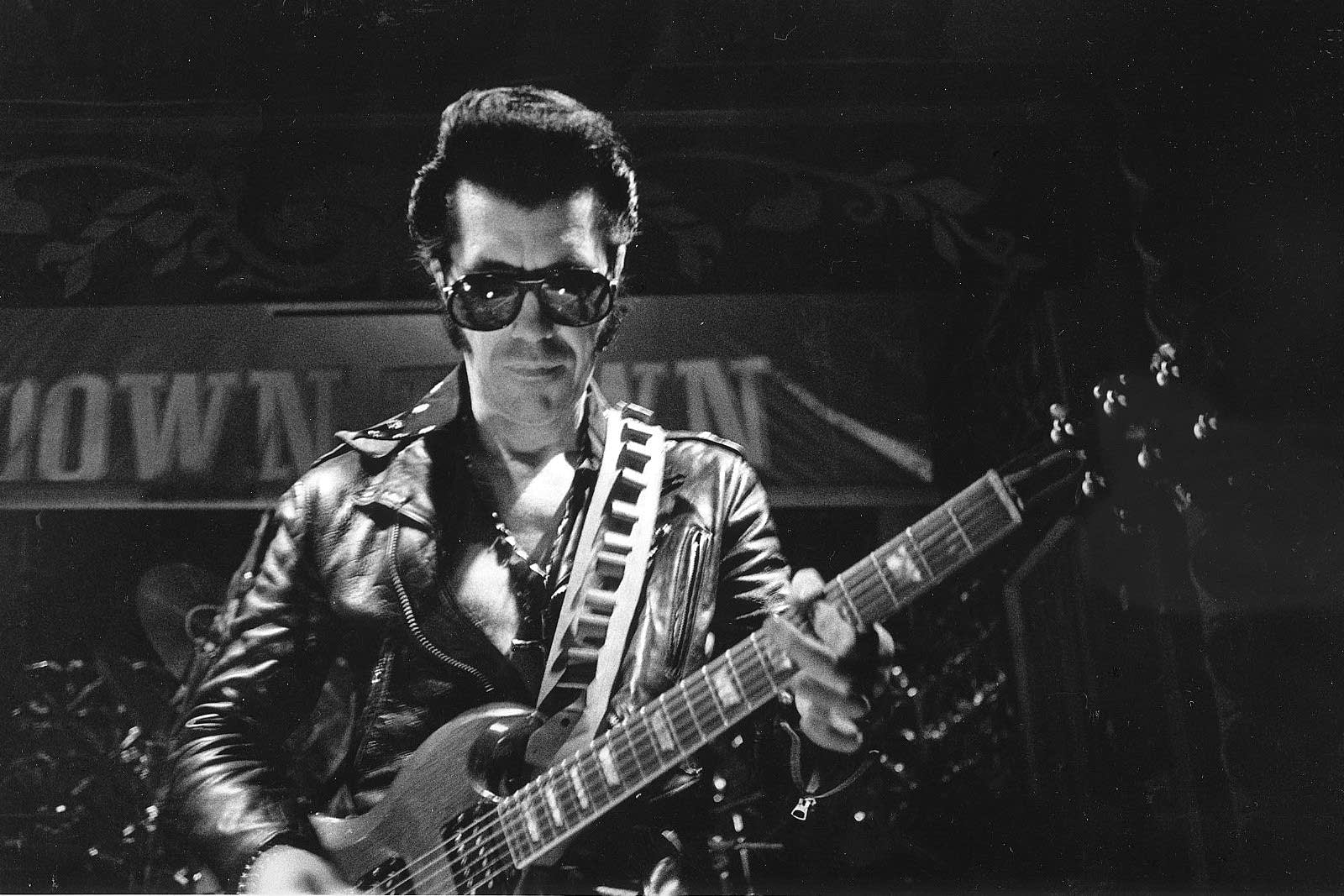 New Moochin’ Release… RUMBLE!
A compulsory exercise in the careers of the greatest, instrumentals, together with brilliant improvisations based on catchy themes, have always had pride of place in rock history.
This anthology retraces the different facets of their roots and evolution, from jazz and country music to the kind of rock where electric guitars play a central role.
From boogie woogie to western swing, and from rhythm and blues to soul music, radio jingles, film music and surf-rock, the earliest instrumental rock classics are compiled here by label main-man Jason Lee Lazell.!

Instrumentals, type of popular music performed without a vocalist, in any of several genres but especially prevalent in rock and roll in the late 1950s and early 1960s. Serving primarily as dance music, rock-and-roll and rhythm-and-blues instrumentals began appearing on the pop charts in the mid-1950s, with Bill Doggett’s organ- and saxophone-driven “Honky Tonk” (1956) leading the way. Thereafter instrumental records regularly reached number one. Link Wray’s “Rumble” and the Champs’ “Tequila” hit it big in 1958, the year Duane Eddy began a string of hits featuring his trademark twang guitar sound. In Britain the Shadows had their own run of hits beginning in 1960, though they failed to export their success to the United States (unlike the Tornadoes, who topped the American charts in 1962 with “Telstar”).

By the early 1960s the top American instrumental group was the Ventures, who helped popularize the surf music pioneered by Dick Dale. Rhythm and blues also had its share of instrumental hits in the 1960s, ranging from Booker T. and the MG’s’ driving “Green Onions” (1962) to Hugh Masekela’s lighter “Grazing in the Grass” (1968). As pop music became more sophisticated in the late 1960s, symphonically inspired songs such as Paul Mariat’s “Love in Blue” (1967) and Mason Williams’s “Classical Gas” (1968) also were hits. In general, however, the heyday of instrumental rock ended in the early 1960s as the British Invasion bands shifted the focus back to vocalists.

In the 1970s and ’80s instrumentals were most prevalent as movie soundtrack music, but, as new-age music and light jazz gained in popularity in the 1990s, they returned to the charts. The legacy of the golden era of instrumental rock, however, was its lasting influence on rock musicianship. Wray’s rumble could be heard in the heavy electric guitar sound of the late 1960s; the Beach Boys took surf music to another level; and Johnny and the Hurricanes, best remembered for “Crossfire” (1959), left their mark on the Beatles, with whom they gigged on the Reeperbahn in Hamburg, West Germany…. This compilation concentrates on some of the most iconic instrumental music and lesser known gems, from 1934 ~ 1964…