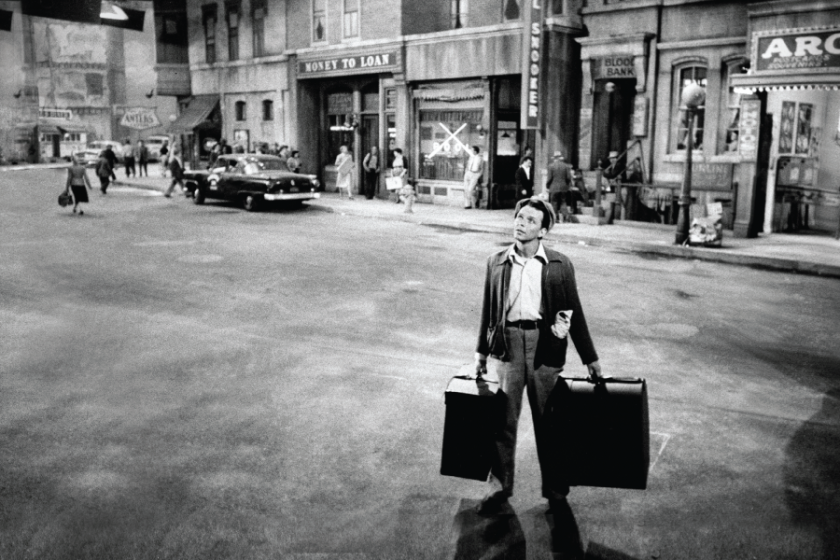 Film noir is a genre that has attracted many jazz composers and performers over the years and now collected together, are 7 of the classic 1950's noir jazz-inspired original scores on 5 discs in an exclusively designed, deluxe box set. All original soundtracks have been enhanced by high quality professional digital remastering that surpasses that of previous CD releases for any of the scores.

The box set includes a colourful 52-page booklet with extensive, in-depth sleeve notes plus a foreword by leading international composer/noir-inspired trumpeter Guy Barker. It features some great jazz (as well as groundbreaking film music) from classics Duke Ellington's Anatomy of a Murder, Elmer Bernstein's The Man with the Golden Arm and The Sweet Smell of Success (sharing writing credits with percussionist Chico Hamilton) through to Henry Mancini's Touch of Evil and Alex North's A Streetcar Named Desire as well as a few relatively unknown scores from the likes of the Modern Jazz Quartet's John Lewis (Odds Against Tomorrow) and Leith Stevens (Private Hell 36). 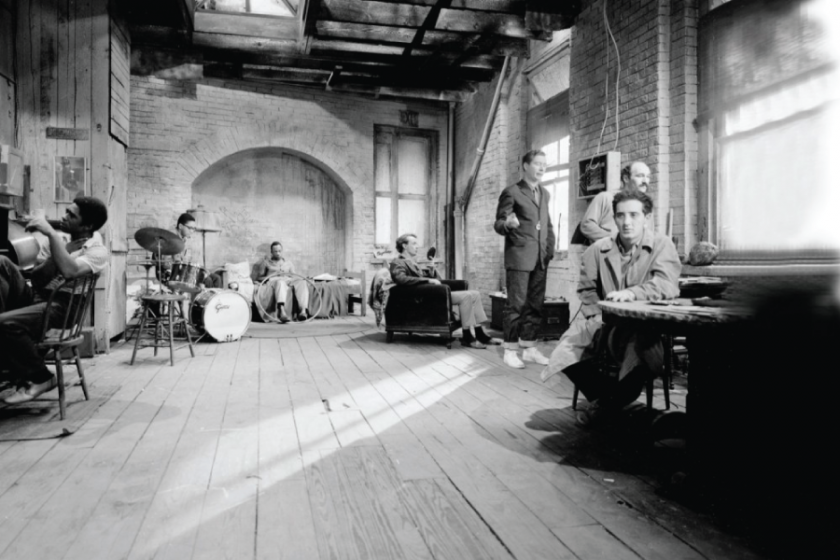 Beat Square & Cool is not just a collection containing some of the greatest jazz film scores ever made, but it also tells the story of how jazz (mostly drawing from the bebop that was one of the defining American subcultural and artistic developments of the post-war era) became the soundtrack to films based around the emerging anti-establishment youth movements of the era. 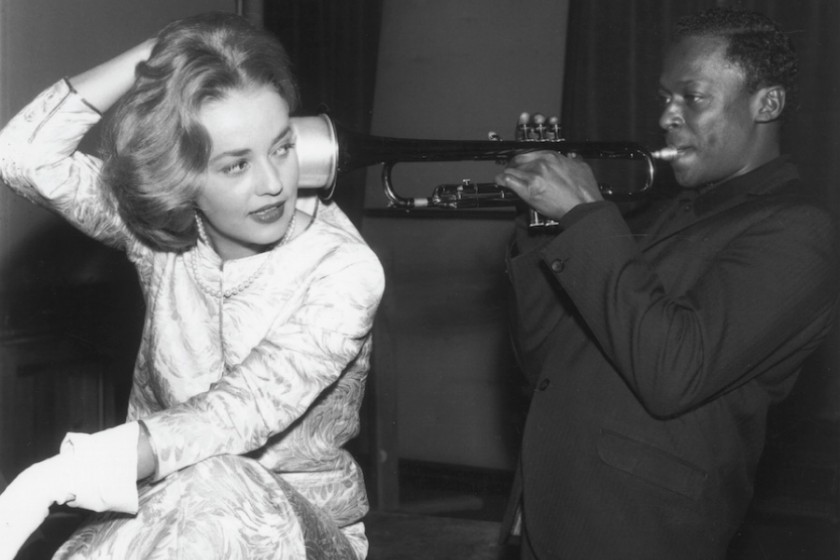 Jazz soundtracks became just as important to the success of the New Wave cinema as handheld cameras and flashy editing. This stunning line up revels that jazz music helped reinforce and punctuate the lives of these youthful, freewheeling characters and turned stuffy old Europe into their new, cinematic playground and underscored by the pulsating beat and rhythms of the new worlds best jazz... and inspired film makers across Europe…'

So collected together on 6 CDs, are 11 re-mastered film scores including the Polish New Wave classic, 'Knife in The Water' directed by Roman Polanski and scored by Krzysztof Komeda... plus tracks from 'La Bride Sur Le Cou' and the title theme from 'Bob Le Flambeur’.
All original scores have been enhanced by high quality, professional jazz specialist, digitally re-mastering - surpassing that of any previous CD release for these scores…

It also includes a deluxe booklet, with exclusive sleeve notes by Richard Neupert author of 'A History of The French New Wave Cinema'. 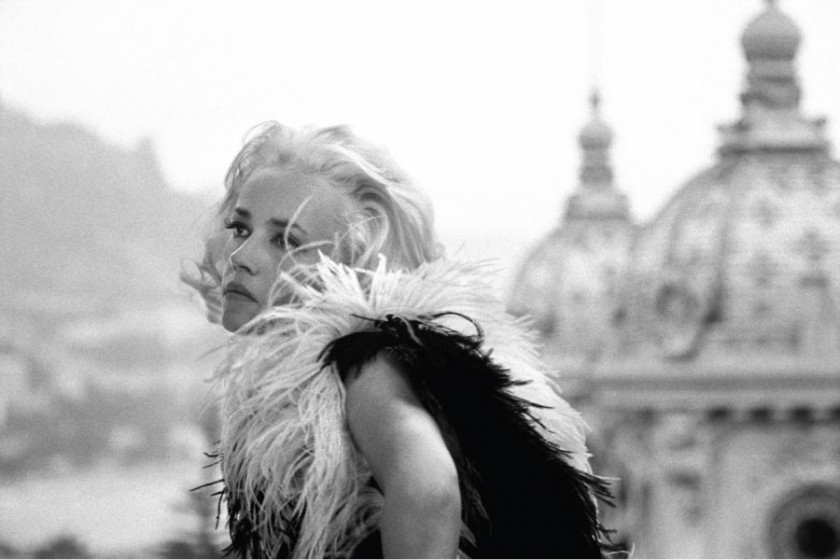 The sequel to Moochin’ About’s stunning 2013 release (that focused mostly on the French New Wave), The New Wave II takes a more global perspective on the range of cinematic ‘New Waves’ that sprang up in the 1950s and through the 1960s. Despite the different national contexts of Britain, France, Italy, Switzerland, Germany, Argentina, and the United States, these independent, youth-centred film movements all embraced jazz soundtracks as part of their involvement with social and cultural change. 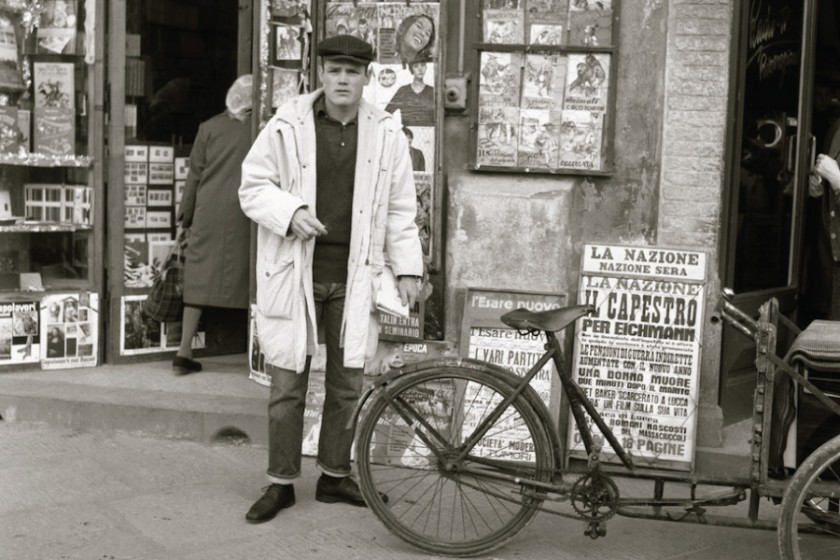 For the first time ever in their entirety, this beautifully packaged 3 CD set, lovingly remastered, brings together the complete film recordings by legendary Italian composer Piero Umiliani featuring iconic West Coast trumpeter Chet Baker…
This, the first release on the critically acclaimed Jazz On Film series dedicated to jazz icons also includes one of the rarest Umiliani soundtracks, 'Intrigo A Los Angeles'... a marvellous jazz score with the maestro himself at the piano. In 1964, C.A.M released an album with 15 mono cues (38:00 in length) that is now one of the rarest vinyl’s in their catalogue, coveted by fans of the Firenze composer and jazz lovers alike. For this CD ,the original mono master session tapes were used on which was discovered some unreleased material, bringing the total running time up to 43:12 – everything that was recorded for the movie. Audio restoration has improved the sound immensely making for a great listening experience.

Umiliani was the first Italian to bring jazz to the big screen and experimented by using legendary trumpeter Chet Baker... a collaboration and friendship that gave life to a fine collection of recordings and brought out the very best of Baker during his troubled life… 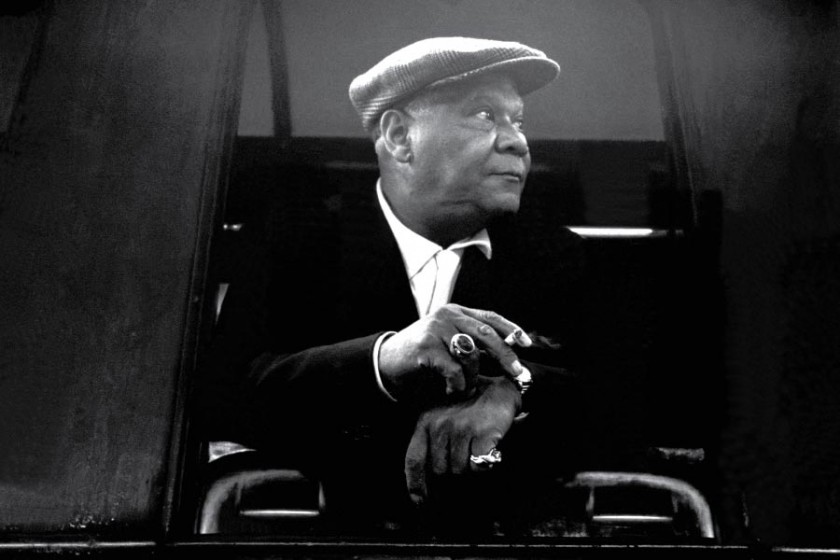 In 1955 Sidney Bechet was at the peak of his popularity. His concerts were sell-outs and his numerous records for Vogue were selling in quantities previously unheard of in the Jazz field. It was thus logical that the cinema should begin to show an interest in the great man, all the more since Sidney had until now made only a token screen appearances.
The collection features songs from all 3 of his movies, 'Serie Noire' a Pierre Gaspard-Huit melodrama directed by Pierre Foucaud, 'Blues' where Bechet plays a leading role and 'Ah Quelle Equipe!' where he features prominently as a Jazz musician.
The collection also features the Ballet, Bechet scored in 1953, called 'La Nuit set Sorciere' (The Night is a Witch). A stunning piece of music and although Bechet is only a soloist on the 20 minute piece, it's a great addition to this compilation. 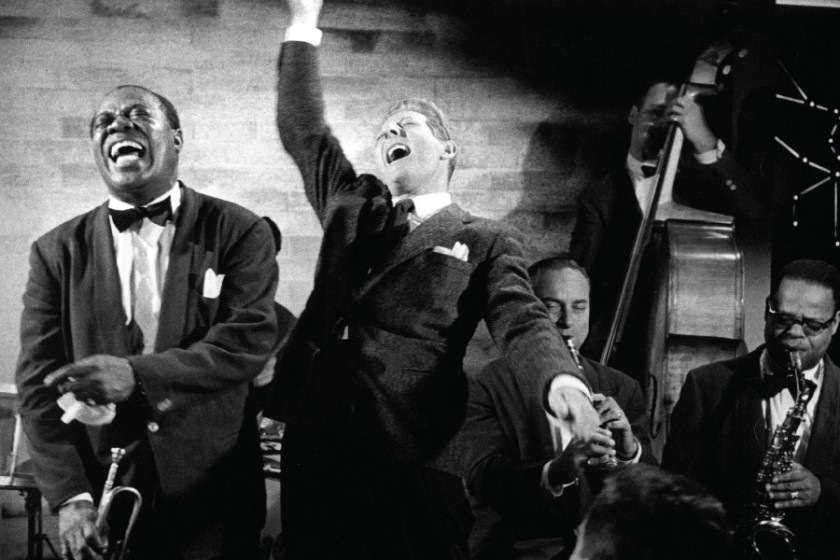 Film biopics go through phases - sometimes favoured by the Oscar jurors, sometimes not... The 1950s was a fertile period for them and in particular for jazz musicians, whose music influenced many... Jazz was seen as rebellious enough to be part of the score to these tributes to the greatest symbols of the era!


The styles go from the beginning of jazz to west coast cool, but what every subject of the films has is desire! A desire to succeed, a desire to be the best, a desire to live in the here and now and (most of all) a desire to this on their own terms. It makes for great stories and great Hollywood movies, but most of all, it leads to wonderful film scores!


A fantastic and unique release by Moochin' About compiles for the first time a collection of stunning jazz scores from classic biographical films! The films themselves trace the life stories of some of the most influential Jazz & Blues musicians in history, as well as one of the most iconic film actors: James Dean. Two versions of The James Dean Story score appear in this collection: The original Leith Stevens soundtrack, plus the critically acclaimed Capitol Records version by Johnny Mandel, featuring top flight soloists Chet Baker, Bud Shank and an array of star spangled sidemen!


Other films included on this unique collection are Young Man With Horn, which is loosely based on the tragic life of Bix Beiderbecke, whose sound in the film is expertly dubbed by the great Harry James. Also featured is The Five Pennies, which tells the dramatic story of jazz trumpeter Red Nichols, played in the film by a remarkably straight faced Danny Kaye. The film is especially memorable for Kaye's duet with Louis Armstrong... A great addition to this set is also the very rare St Louis Blues, which is broadly based on the Father of The Blues, WC Handy, with a young and inspiring Nat King Cole playing the lead role...


This collection is scattered with Jazz legends appearing in both the films and the soundtracks and is a must for jazz and film buffs alike. The boxset will be released as a limited edition in 2 different covers... Version 1 will feature James Stewart on the cover, from The Glenn Miller Story and version 2 will feature Louis Armstrong, taken from the film The Five Pennies, with Danny Kaye on the reverse side… 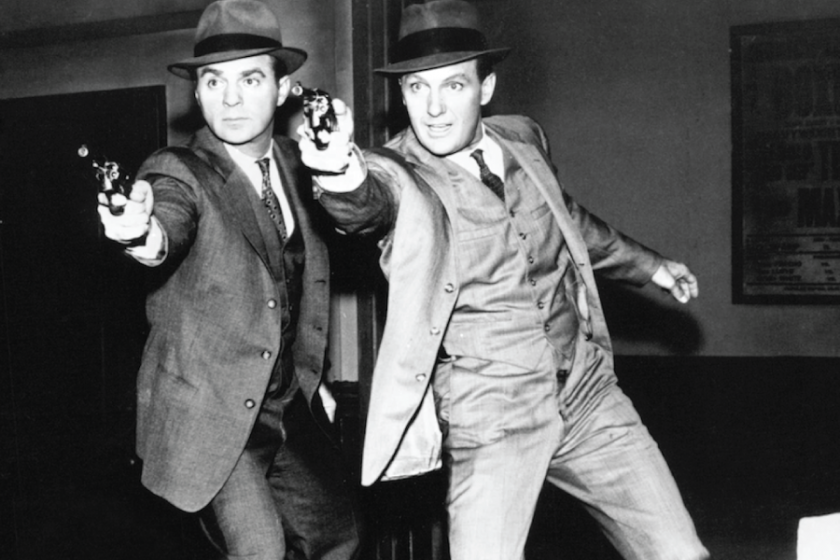 A Stylish and unique Boxset, bringing together 14 groundbreaking crime scores taken from the iconic American detective shows from the 50's & 60's, with many scores on CD here for the first time ever...!