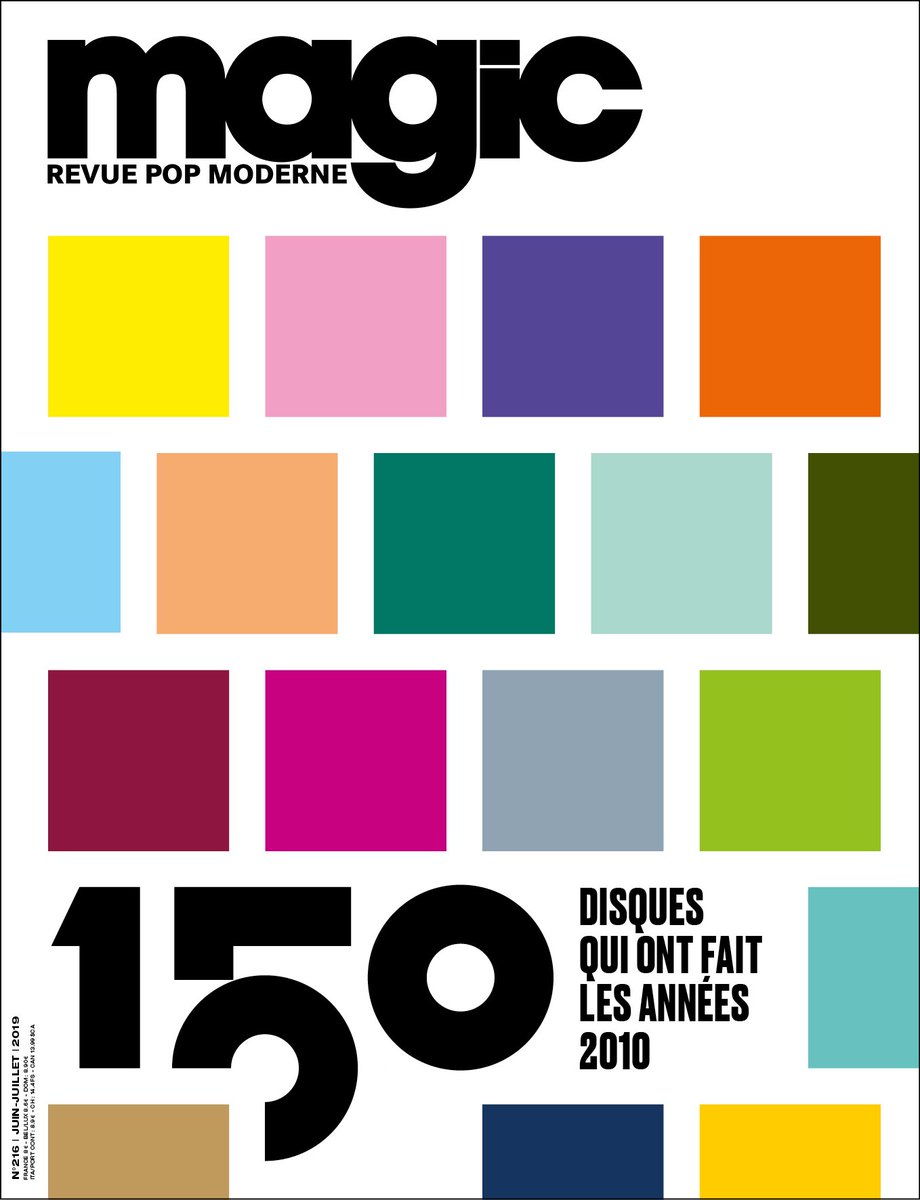 Perry Blake did not give us any news since Canyon Songs in 2007. Almost thirteen. In other words, an eternity. After a few false starts, a single released in 2015 and his collaboration with Electro Sensitive Behavior group at the time of Modern Love, the Irishman returns with Songs Of Praise, his seventh album. Perry Blake explains the reasons for his absence but also his return. “I never wanted to have a full-time career, I also like being in the shadows for example with this ghost-writing work that I do with other musicians that suits me well eventually,” says Perry Blake the morning of the publication of his first album in twelve years. In parallel with my music, I’m developing a screenplay with my nephew Leigh Brett, a young screenwriter living in Toronto. To return to the past, I was so invested in the artistic dimension that it led me to make serious mistakes in other areas. I am thinking in particular of this signature with this Paris label, Strictly Confidential. I recorded Canyon Songs (2007) on my own label and it cost me 50.000 € and Warner did not follow me on this one. It also took me some time to feel comfortable on stage and to inhabit the space. Today, I thrive, I really like this notion of live without net, it’s also great to reinvent his older repertoire. I remember an exchange with Françoise Hardy about the scene: she stopped the shows in the early ’60s because she just thought it was not the place for her and her songs. Over time, I found how to inhabit this special space inside a song to make it better on stage.For all these years, this ghost-writer activity around the world has given me real freedom to travel but also to release a record only when I find it good enough. These false starts were not my responsibility. ” At the beginning of his career in 1997 with his first self-titled album extended by the superb Still Life (1998), everything was promised to him, the best and the worst. Clichés that have a long life, including this image of crooner trip-hop. “The clichés around my music do not really bother me and I can understand this description listening to the first two records, Perry Blake and Still Life. And then there is worse than being associated with this musical genre. I am happy that people are still taking the time to listen to my work and I hope to continue making records that deserve attention. ” The source of melancholy in his work remains a mystery to Perry Blake who lived a happy childhood in the 70’s Ireland “in a neo-fascist Catholic state,” he describes, “which fortunately has changed a lot today.” “It is an open and liberal country even if obviously, there remains here and there pockets of postcolonial anxiety resistance with retreats of identity all that related to the Roman church. But having said that, it’s good to live in Ireland if you leave out the rotten weather. I was interested in my origins in recent years, the age coming, no doubt. The ancestors of my father were French Huguenots, we managed to go back to a certain Gabriel Benoit-Lafor, born in 1636 in the Languedoc Roussillon. Without going so far, I think my music has more in common with continental European culture even though I think there are some traces of my home country, Ireland. ”

From the beginning of his career, there was indeed a meeting between the French public and the music of Perry Blake. “It’s true that the French public was receptive to my work from the beginning. I am lucky to always have people who are present at my music. It’s the country that seems most open to what I’m doing. I played last year in Montpellier to test my new titles on stage and I must say that the reactions more than warm fans of my first records have stimulated me for the recording of the disc, which I started shortly thereafter. ” But after such a long absence, you have to know how to stimulate new energy. For that “with Graham Murphy with whom I had stopped collaborating in 2002, we wanted to find a new approach in our way of writing together”. “Working with Graham, he continues, it’s very exciting. In addition I think it’s one of the best string arrangers in Europe. Remember the flight of ropes on Genevieve, it’s him! Glenn Garrett co-wrote with me two tracks on Songs Of Praise, Evensong and Something Kind Of Magical. We also worked together on a more electro-oriented disc released in 2015 under the name Electro Sensitive Behavior feat. Perry Blake, the record was called Modern Love. This collaboration with Electro Sensitive Behavior helped me to find a lot of electro-oriented ideas that allowed me to get out of my systematism for this solo record which could only be more open to other influences. Electro Sensitive Behavior it was an absolutely collaborative project with Glenn Garrett while Songs Of Praise is really a solo record of Perry Blake. “

Collaboration has always been at the center of his work, we remember the work with Steve Jansen, ex-Japan and David Sylvian’s brother on Still Life (1998). “We recorded Still Life in London in the spring and summer of 1999 and I believe that without the subtle play of Steve Jansen on drums, these layered textures, the record would sound totally different. I recently worked with Steve on his solo CD, Tender Extinction (2016) where I composed Her Distance with him. We will undoubtedly work on future projects. He is busy at the moment preparing a tour of Japan with his new band, Exit North, his collaboration with Thomas Feiner, the former Anywhen singer. ” The project around Songs Of Praise has evolved over time: “Initially, I imagined it as a possible EP of 5 titles but as the work progressed, I quickly realized that I had a great number of songs to select and I quickly realized that it would be criminal not to bring them together on one and the same album. The English label Moochin’About offered me a contract after listening to the first three demos and were there from the beginning of the composition process. I spent the last two years in the studio recording and re-recording. Take for example Miracle, we re-recorded it 78 times! I spent a lot of time on the production and recorded all the vocal parts in my own studio. This gave me greater freedom and intimacy in my work than I could have had with a sound engineer by my side. I then worked on the mix with Chris O’Brien and Graham Murphy in Dublin. ” Songs Of Praise is intended as a synthesis of two Irish addictions, a sense of romanticism and an electronic temptation on the other: “It’s a mix of my most ancient works associated with new directions. I have always been passionate about the electronic approach in music but I wanted for this record to add more organic and acoustic textures. I called it “songs of praise” because I did not really know what direction I took in terms of my words, did I pray for someone’s help? If so, who or what did I pray? In addition, some of the titles had quasi-religious themes. I found it amusing because I am absolutely atheist. It may be necessary to see a form of irony in the title. ” We knew the falsetto voice of Perry Blake, the one more baritone. It will be necessary to do now with the one in autotune, a voice which wishes to make more sound than sense. “I have a problem with my voice that sometimes bores me,” says Perry Blake. That’s why I like to mix my voice as a subject in its own right to give a more coherent meaning to a title. It is true that I can use my voice always on the same range but I like to have fun with it. For example, on Some Kind Of Magical, we hear a phrasing almost rap with a detuned version of my voice on which we added tons of filters in the studio. I’m a big fan of Damon Albarn’s work, be it with Gorillaz or his (solo album) Everyday Robots (2014), so I guess we have to hear some of it in my production work on my voice. “

The Perry Blake of 2019, 49 years old, is finally not so different from that of 1997, the first album. “Aging is a strange process like a double-edged knife,” he concedes. On the one hand, it’s great to be healthy and to be able to keep coming out of new records. But aside from that, many artists are worried that the creative intensity of the first discs will be diluted over time. It is a strange scale that leans on one side and the other. Fortunately, I think I did not get embittered with the years or be more cynical, I only try to make records that need to be made. I think I’m wiser and maybe less tortured, that’s for sure. I listened to the test copy of Songs Of Praise’s vinyl last week. I listened to him very hard in my studio and I must say that I am very proud of the final result. If the record meets its audience, I will be more than happy. I can not wait to come back and play in France with my new band. I like this response Chaplin (also present in Songs Of Praise) to a journalist who asked the secret of its form at the edge of his 70 years: “Pushpin, I have more time for them mistakes, I am 70 years old “».