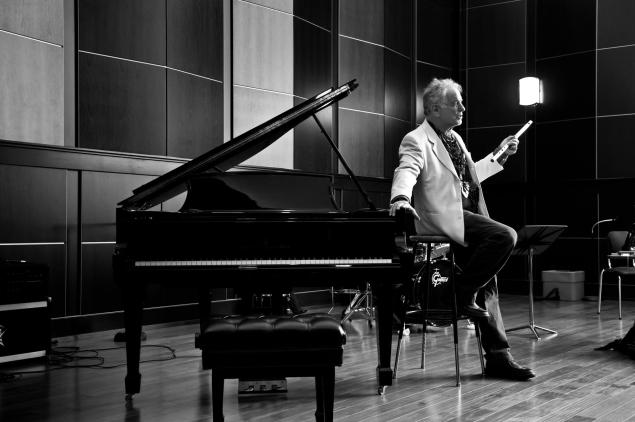 Posted at 16:18h in Uncategorized by admin 0 Comments
0 Likes

Two of the great living eclectics of American music are being celebrated in concert this week.

Between the two of them, they’ve done amazing work in virtually every known genre of music that there is: one has spent his whole career writing for the Broadway stage, the other is best known for his movie soundtrack scores.

Produced by Jack Kleinsinger, this is, by a considerable margin, the longest-running jazz concert series in New York. Kudos to Kleinsinger for mounting this tribute, but the larger truth is that a jazz organization isn’t the only one that could celebrate the career of David Amram—he could also be honored by a classical academy or roots music groups.

Featuring re-arranged songbook standards and original compositions for a highly unusual quartet of French horn (played by Amram himself), tenor saxophone, bass, and drums, Amram recorded his first album as a bandleader, Jazz Studio No. 6, in New York in 1957.