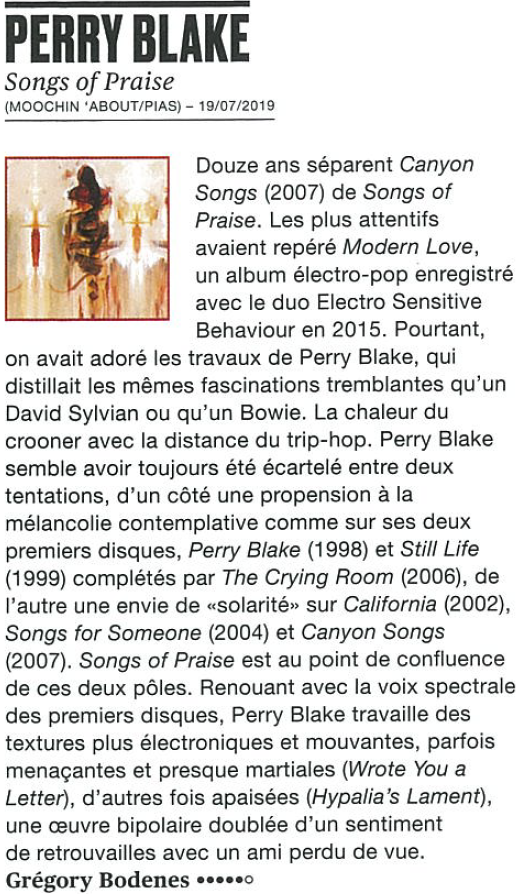 Twelve years separate Canyon Songs (2007) from Songs Of Praise. The most attentive had spotted Modern Love, an electro pop album recorded with the Electro Sensitive Behavior duo in 2015. Still, we loved the work of Perry Blake, who distilled the same trembling fascinations as David Sylvian or Bowie. The heat of the crooner with the trip-hop distance. Perry Blake seems to have always been discarded between two attempts, on the one hand a propensity for congenial melancholy as on his first two records, Perry Blake (1998) and Still Life (1999) completed by The Crying Room (2006), the other, envy of solar music on California (2002), Songs for Someone (2007). Songs of Praise is at the confluence of these first discs, Perry Blake works textures more electoniquies and moving, sometimes threatening and almost martial (Wrote You A Letter), other times soothed (Hyptia’s Lament)…a bipolar work of a feeling of reunion with a friend we’d lost sight of… Gregory Bodenes 5/6 *****