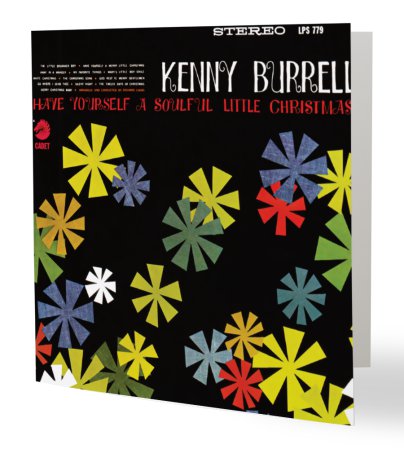 Have Yourself a Soulful Little Christmas is an album of Christmas music by guitarist Kenny Burrell and possibly one of the greatest Christmas albums of all time….

the album was recorded in 1966 and features some Christmas classics, played in the stylish and classy Burrell way….

Burrell was born in Detroit, Michigan. Both his parents played instruments, and he began playing guitar at the age of 12. He went on to study composition and theory with Louis Cabara and classical guitar with Joe Fava. While a student at Wayne State University, he made his recording debut as a member of Dizzy Gillespie’s sextet in 1951, followed by the “Rose of Tangier”/”Ground Round” single recorded under his own name at Fortune Records in Detroit. While in college, Burrell founded the New World Music Society collective with fellow Detroit musicians Pepper Adams, Donald Byrd, Elvin Jones…