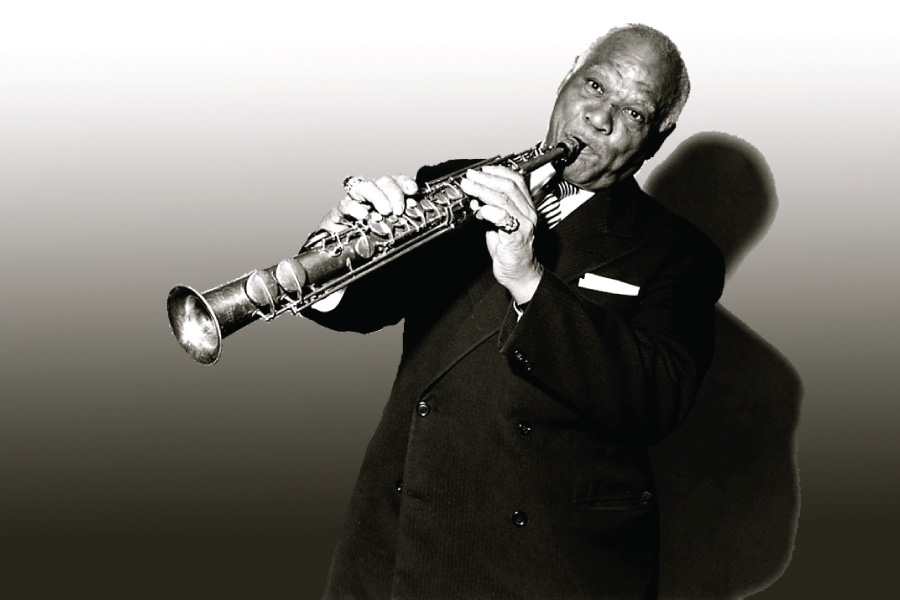 In 1955 Sidney Bechet was at the peak of his popularity. His concerts were sell-outs and his numerous records for Vogue were selling in quantities previously unheard of in the Jazz field. It was thus logical that the cinema should begin to show an interest in the great man, all the more since Sidney had until now made only a token screen appearances.

The collection features songs from all 3 of his movies, ‘Serie Noire‘ a Pierre Gaspard-Huit melodrama directed by Pierre Foucaud, ‘Blues‘ where Bechet plays a leading role and ‘Ah Quelle Equipe!‘ where he features prominently as a Jazz musician.

The collection also features the Ballet, Bechet scored in 1953, called ‘La Nuit set Sorciere‘ (The Night is a Witch). A stunning piece of music and although Bechet is only a soloist on the 20 minute piece, it’s a great addition to this compilation.