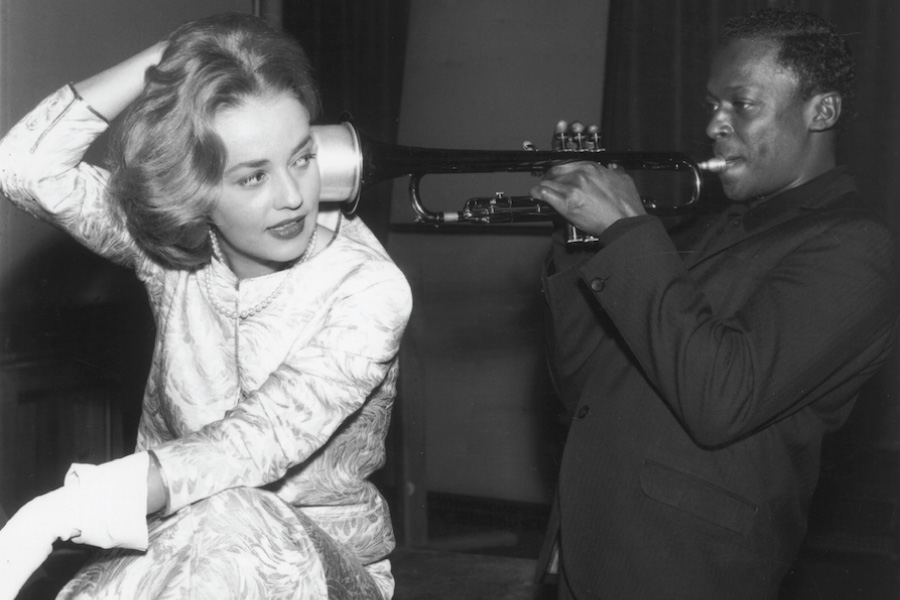 Jazz soundtracks became just as important to the success of the New Wave cinema as handheld cameras and flashy editing. This stunning line up revels that jazz music helped reinforce and punctuate the lives of these youthful, freewheeling characters and turned stuffy old Europe into their new, cinematic playground and underscored by the pulsating beat and rhythms of the new worlds best jazz… and inspired film makers across Europe…’

So collected together on 6 CDs, are 11 re-mastered film scores including the Polish New Wave classic, ‘Knife in The Water‘ directed by Roman Polanski and scored by Krzysztof Komeda… plus tracks from ‘La Bride Sur Le Cou‘ and the title theme from ‘Bob Le Flambeur’. All original scores have been enhanced by high quality, professional jazz specialist, digitally re-mastering – surpassing that of any previous CD release for these scores…

It also includes a deluxe booklet, with exclusive sleeve notes by Richard Neupert author of ‘A History of The French New Wave Cinema’.

Knife in the Water  –  Krzysztof Komeda