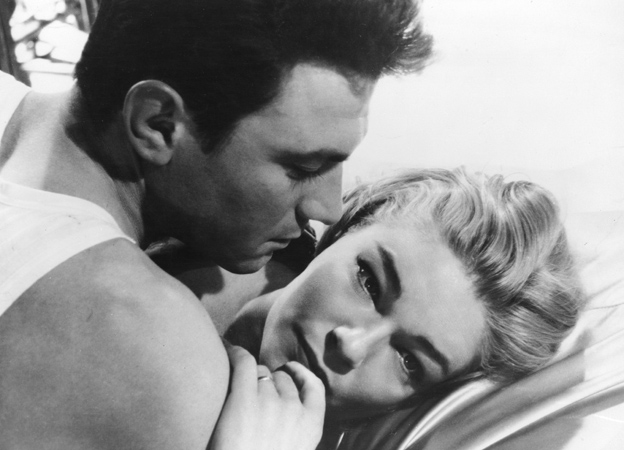 Posted at 12:04h in Uncategorized by admin 0 Comments
0 Likes

Room at the Top, released at the beginning of 1959, was the first of the ‘new wave’ films. It came from established industry producers, John and James Woolf, and was a huge box-office hit. This success opened up new possibilities for British filmmakers. Audiences had proved they were prepared to see adult storylines, gritty realism and political comment, and so the new wave as a commercial proposition was born. War films and romantic comedies dried up and the provinces and proletariat were suddenly discovered.

As a trailblazer which had a big impact on the British film industry and its audience, Room at the Top has inevitably faced a backlash. After an initial consensus that it was daring and different, a new consensus emerged that it was stolid and indifferent.

No other new wave film takes on the class system as boldly. It offers a complex analysis of class warfare that challenges the accepted state of things in Britain at the time. Joe is proud of his class but, unlike Arthur Seaton in Saturday Night, keen to leave it. The only way to do this is by cold calculation and emotional manipulation.

Britain at all levels is depicted as desperately holding on to class as a means of self-belief. Joe’s relatives tell him to stick to his own kind, yet the toughs that beat him up don’t see him as of their own class. The rank-pulling of Jack Wales tells him that it is just a different kind of war now.

It takes the outsider figure of Alice, the Frenchwoman, to offer the hope of some redemption. Joe’s failure to choose Alice, the woman he loves, over Susan, the agent of social mobility, becomes England’s failure as well.

The film may not be stylistically adventurous, with long scenes and conventional editing, but the content bites. Simone Signoret’s performance is ferociously good – bringing out all the pain of Alice’s situation. On the other hand, Laurence Harvey, as Joe, is often used as a stick to beat the film with. Certainly he is few critics’ favourite actor and, being a Lithuanian raised in South Africa, sports a strange Johannesburg-Bradford accent. Yet there is something about his blank, narcissistic presence that works in showing Joe’s essential weakness.