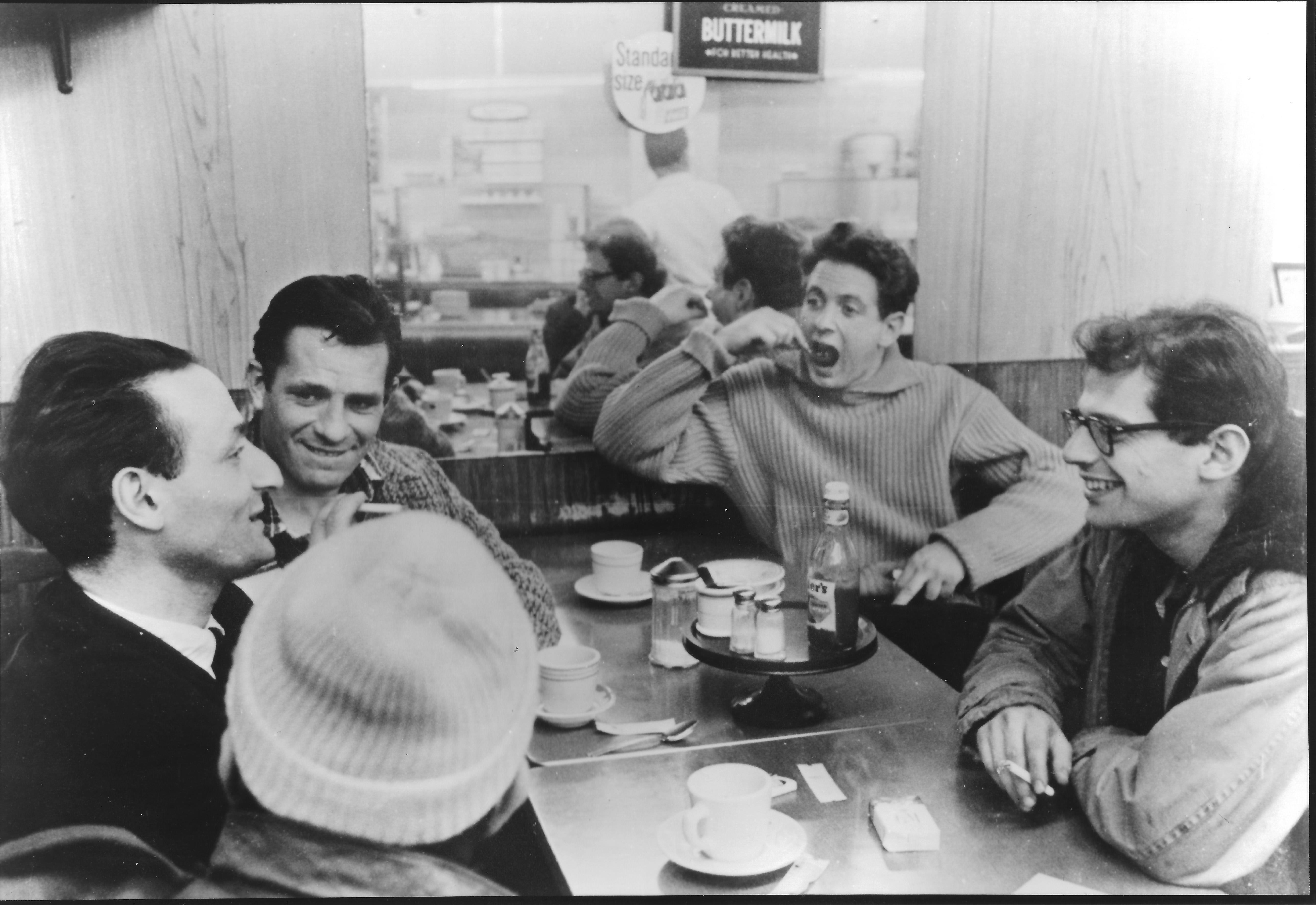 Ever since meeting, jamming with and being mentored by Dizzy Gillespie in 1951 and Charlie Parker in 1952,.David Amram has continued over the past 66 years as one of the first  pioneers, along with Julius Watkins, to include  the French horn as an improvising voice in jazz.  He has also pioneered the use of jazz and the all-embracing philosophy it embodies in every genre of music, as a foundation to  inspire all sincere musicians  to tell their story while learning, respecting and then performing  all true music which is built to last.

Over the last 50 years, Amram has been acclaimed as a major pioneer of World Music but has stated publicly that his broad ranging interest of all musics which touch the heart are the foundation of what Bird and Dizzy told him to pursue long ago, when he told them of  his dreams of becoming  a jazz french hornist and a symphonic composer.

He credits them with steering him on the path he has pursued and shared with the world ever since those first encounters.To remain open and respectful to all forms of artistic expression and to the people and the cultures who keep these arts  alive and share them

He has conducted symphony concerts for the last 50 years, inviting the participation of  jazz artists as both soloists and as guest composers,decades before the term “cross-over’ was ever used.

From his first score in 1956 for the documentary film Echo of an Era (with Cecil Taylor playing piano on his first -ever recording) and  the scores for the original 1962  Manchurian Candidate ( with stellar performances by Harold Land and Carmell Jones) , Splendor in the Grass (with soloists Buster Bailey and George Barrow) Jack Kerouac’s Pull My Daisy (with Sahib Shihab as soloist and Jack Kerouac narrating) and ending with the new film Isn’t it Delicious with classical artists joined by jazz luminaries Paquito d’Rivera, Alex Foster,  Earl McKintyre, Jerome Harris  and guitarists Gene Bertoncini and Vic Juris.

In 1966, when Leonard Bernstein chose Amram as the New York Philharmonic’s first-ever composer in residence, Bernstein   encouraged Amram to continue to be an ambassador of music for young people and to always remember  share with them  the enduring values of European classical music and the treasures of jazz, Native American and Latin American music, all of which are of  of enduring value, based on  purity of intent and an exquisite choice of notes.

Today at 87 Amram continues to do that, maintaining a remarkable pace of composing new classical pieces, while making recordings and performing as a band leader, multi-instrumentalist, guest conductor, soloist  and narrator in five languages.

His selected YouTube highlights, schedule and management are listed on his web page www.davidamram.com

Here is a compendium of some of the highlights of my dozens of recordings incorporating jazz where I appeared as a soloist with others,  as well as ones with my own various bands I assembled over the years ad symphonic jazz -oriented works and film scores!!!

The box set, which has been released in the UK to wonderful reviews, will now be released in North America and /Canada at the end of 2018, followed by Europe, Australia, Canada, China and Japan.  In addition to the five CDs, which include highlights of Amram’s score  for John Frankenheimer’s The Manchurian Candidate and The Young Savages, Elia Kazan’s Splendor in the Grass and The Arrangement, and the entire original soundtrack of Jack Kerouac’s narration with Amram’s music for  Pull My Daisy. The box set  also includes highlight from scores for the Broadway dramatic productions of Arthur Miller’s After the Fall, Budd Schulberg’s  original script for the theatrical version of On the Waterfront and a100 page booklet with notes by Amram as well as  photos about the making of each film.

While artists like  Gerry Mulligan, Stan Kenton and David Sanborn  have recorded the main  themes from  David Amram’s  film scores, this box set includes a dazzling variety of artists from the worlds of jazz, Latin, Middle Eastern and Classical music, performing every note which Amram painstakingly composed, orchestrated, and conducted and in which he often appeared himself as a soloist.

This is the first time that lovers of film soundtracks can hear the original soundtracks of his films in one set, with the brilliant musicians whom Amram chose for each score.

All of the symphonic and chamber musicians were also chosen by Amram, assembled  from members of the New York Philharmonic,  Metropolitan Opera Orchestra, Marlboro Music Festival and the Los Angeles Philharmonic.

Amram said recently in an interview.

“I have always been a composer, NOT a film score composer. Over the  past  sixty years, I have occasionally composed scores for films which I felt had lasting value and for which I knew I would have the freedom and the time to create music with the the same loving care as I still do every day when composing  symphonies, operas, concertos and chamber works and when playing with creative artists from the worlds of jazz and global music..

Many of the highlights of the original scores for some of the films are finally made available to hear for the first time. Some were created over a half a century  ago,

Hearing them, remastered and appearing in this box set makes me realize that  it was worth the wait.

It is rewarding to hear the creativity of the all great players with whom i was fortunate enough to have had for each score, and finally gives the world the chance to hear their voices being heard.

I am grateful that after sixty years,  it is possible for today’s young  composers, performers and a new generation of film makers to see that creating music to enhance a film is an art, and that  joyous collaborations among artists who love their work can bring out the best in everyone involved.”