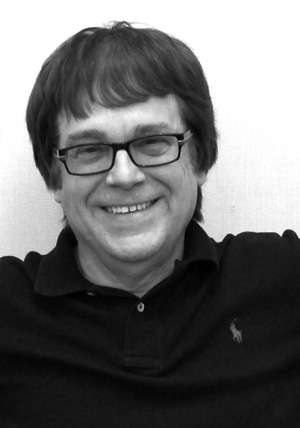 Posted at 15:12h in Uncategorized by admin 0 Comments
0 Likes

Max was hailed in 2004 by Publisher’s Weekly as “a new breed of writer.” A frequent Mystery Writers of America “Edgar” nominee in both fiction and non-fiction categories, he has earned an unprecedented eighteen Private Eye Writers of America “Shamus” nominations, winning for his Nathan Heller novels, True Detective (1983) and Stolen Away (1991), receiving the PWA life achievement award, the Eye, in 2007. The first Heller in almost a decade, the Marilyn Monroe-oriented Bye Bye, Baby (2011), will be followed in 2012 by Target Lancer, the long-promised JFK Heller novel.

His graphic novel Road to Perdition (1998) is the basis of the Academy Award-winning 2002 film starring Tom Hanks, Paul Newman and Daniel Craig, directed by Sam Mendes. It was followed by two acclaimed prose sequels, Road to Purgatory (2004) and Road to Paradise (2005), and a graphic novel sequel, Return to Perdition (2011). He has written a number of innovative suspense series, including Nolan (the author’s first series, about a professional thief), Quarry (the first series about a hired killer), and Eliot Ness (four novels about the famous real-life Untouchable’s Cleveland years). He is completing a number of “Mike Hammer” novels begun by the late Mickey Spillane, with whom Collins did many projects; the fourth of these, Lady Go, Die!, was published in 2012.

His many comics credits include the syndicated strip Dick Tracy (1977 – 1993); his own Ms. Tree (longest-running private eye comic book); Batman; and CSI: Crime Scene Investigation, based on the hit TV series for which he has also written video games, jigsaw puzzles, and ten novels that have sold millions of copies worldwide. Collins was assisted on his CSI novels by writer Matthew Clemens, with whom he collaborates on short stories and such novels as You Can’t Stop Me (2010), a Thriller Award nominee, and its sequel No One Will Hear You (2011).

He has been termed “the novelization king” by Entertainment Weekly, with tie-in books on the USA Today bestseller list nine times and the New York Times list three times. His movie novels include Saving Private Ryan, Air Force One, and American Gangster, which won the Best Novel “Scribe” Award in 2008 from the International Association of Tie-in Writers.

An independent filmmaker in the midwest, he has written and directed five features and two documentaries, including the Lifetime movie Mommy (1996) and a 1997 sequel, Mommy’s Day. He wrote The Expert, a 1995 HBO World Premiere, and The Last Lullaby, starring Tom Sizemore, a 2008 feature film based on Collins’ acclaimed novel, The Last Quarry; the film won numerous awards on the film festival circuit before its theatrical and home-video release.

His one-man show, Eliot Ness: An Untouchable Life, was nominated for an Edgar for Best Play of 2004 by the Mystery Writers of America; a film version, written and directed by Collins, was released on DVD in 2008 and appeared on PBS stations in 2009. His documentary, Caveman: V.T. Hamlin & Alley Oop, was also released on DVD after screening on PBS stations. A new edit of his 1999 documentary, Mike Hammer’s Mickey Spillane, is featured on the Criterion Collection’s DVD and Blu-ray of the classic film noir, Kiss Me Deadly.

His other credits include film criticism, short fiction, songwriting, trading-card sets, and a regular column in Asian Cult Cinema magazine. His non-fiction work has received many honors, with his coffee-table book The History of Mystery receiving nominations for every major mystery award and his recent Men’s Adventure Magazines (with George Hagenauer) winning the Anthony Award. With Jim Traylor, he received an Edgar nomination for Mickey Spillane’s Mike Hammer: One Lonely Knight (1984); recently the two authors teamed for Mickey Spillane on Screen (2012).

The writer is also a musician and has performed and recorded with his band Crusin’ since 1974. Possibly the first ‘60s revival band in the nation, Crusin’ was an outgrowth of the Daybreakers, the mid-1960s combo whose 1967 Dial Records release, “Psychedelic Siren,” written by Collins, is among the most collectible garage band records. He still performs regularly with Crusin’, as lead singer and keyboard player, and is a 2008 Inductee in the Iowa Rock n Roll Hall of Fame.

Collins lives in Muscatine, Iowa, with his wife, writer Barbara Collins; they have collaborated on three novels and numerous short stories, and are currently writing the successful “Trash ‘n’ Treasures” mysteries – their Antiques Flee Market (2008) won the Romantic Times Best Humorous Mystery Novel award in 2009. Their son Nathan translates Japanese into English with a number of novels and video games among his credits.