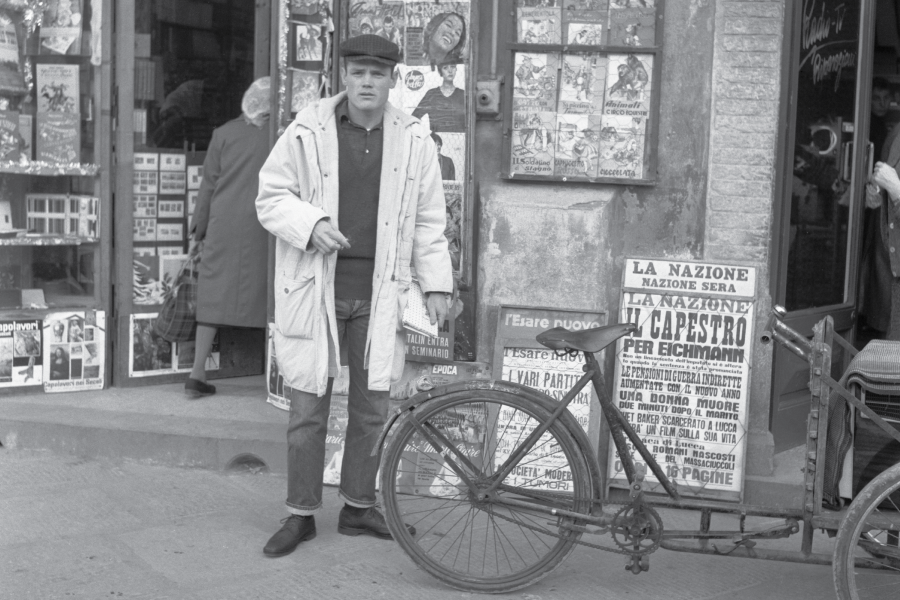 The first release on the critically acclaimed Jazz On Film series dedicated to jazz icons which features for the first time, all the Italian film scores by composer Piero Umiliani in full featuring one of the rarest soundtracks, ‘Intrigo A Los Angeles’… Umiliani was the first Italian to bring jazz to the big screen and experimented by using legendary trumpeter Chet Baker… a collaboration and friendship that gave life to a fine collection of recordings… Although Chet does not appear on every track, he does play a part on every soundtrack released here, so the scores have been left in their entirety rather than split the scores up… a must for Baker & Umiliani fans… VOTED 8TH BEST SOUNDTRACK OF 2014 BY MOJO MAGAZINE…

This set marks the first time these soundtracks have been released in their entirety, and the first time that the music for Intrigo a Los Angeles has been on CD.This is a fascinating set covering a much-neglected niche of Baker s career. Like the previous Moochin About sets, the sound quality is simply fantastic, though some tracks are inevitably a bit boxier-sounding than others.The fold-open but sturdy cardboard packaging is also quite ingenious, and will look good on your shelf. Good stuff! –Lynn René Bayley – Fanfare Magazine In the context of movie soundtrack music these albums are more cooked than raw jazz reveries styled for track-by-track listening. Not all of them have Chet upfront but they all partake of his edgy cool and that suppressed eroticism which floats into much of his stuff. The films mean nothing to me but on this showing I d venture a viewing of some. They did film-music differently there and then, and you need a shot of this Italianate (rococo?) sophistication to put all the current bombast into perspective. –Roger Hill ~ PMS –Paddy Kehoe RTE Ireland

Jazz and cinema. A blend beautifully documented by this confanetto, intended to attract the interest not only of Chet Baker fan. There is a lot of work behind these six soundtracks created between 1958 and 1962 thanks to the wonderful score by Piero Umiliani, including orchestral pages strictly jazz facility and refined winks to pop. Besides the soloist melancholic and dreamy Baker, it emerges superbly colorful caleodoscopio of Italian jazz of the sixties. The orchestra from time to time gathered shines thanks to musicians of the caliber of Marcello Woods, Livio Cerveglieri, Nini Rosso and Baldo Masters, to name a few. It is the synthesis of a national jazz scene in full artistic growth, now strong and vital cultural identity. Baker, then at the height of success, unfolds class and suppleness of interpretation from the sound of “The Usual column Unknowns” contained on the first CD. There is also room for the refined chiaroscuro watermarks Helen Merrill, the female vocal equivalent of Baker. But it Umiliani the real heart of these sound pages, with its rich panache arrangements and surprising tonal nuances. It is not easy to run into soundtracks so pregnant with imagination and virtuosity as those at issue… –ALL ABOUT JAZZ – Album of the week *****

Born in 1929 during the great Depression, Chet Baker grew up in Oklahoma but eventually moved with his family to California. Being the son of the guitarist Chesney Henry Baker, his passion for music had already taken from inside the domestic walls. As a child he was gifted a trombone and later a trumpet, which would become his signature instrument. Having received some academic musical instruction at Glendale Junior High School, Baker affirmed on more than one occasion that even though he was able to read music, the classic terminology of chord progressions held significance for him. No doubt his performing genius had a self-instructing matrix. The first to notice him and bring him on tour was Charlie Parker (not a very minor artist!), who chose Baker for a series of concerts on the West Coast, Baker soon joined the formidable Gerry Mulligan Quartet, whose peculiarity was in the great interaction between the leaders baritone saxophone and the crystalline phrases from Baker s trumpet. Another fundamental aspect of the quartets approach to break away from be-bop conventions which were very much in fashion at the time speaking- and to develop a contrapuntal drafting of the melodies. The band had a short life, mainly because of Mulligan s drug problems and his stints in jail but also over disagreements he d has with Baker over money. Their most exemplary success that gained attention outside of traditional jazz circuits was their version of My Funny Valentine , with the trumpet player revealed to the world his talent for combining technical mastery with passionate interpretation. In the mid-50 s, following a survey of both readers and experts, Baker was voted best jazz performer by the prestigious Down Beat magazine. Bakers problems with heroin are well known, the substance would accompany him for the majority of his career and threaten to destroy it all the while. His struggles with the drug eventually brought him to release some albums that are artistically questionable and also and also brought him in trouble with the law, including a year spent in jail in Lucca, Italy. Also famous is the story of how he lost his front teeth Baker reported being beaten up by some people after the concert, while others said it was a showdown with a pusher over drug debts. The incident and the damage done to his teeth left him in so much pain that he was no longer able to pay. Resigned and alone, Baker disappeared from the stage until one of his admirers (and future benefactor) recognised him as a toothless clerk at a gas station and decided to help him regain his health. After being fitted with dentures Baker taught himself to play the trumpet again, which from technical standpoint presented a considerable challenge. Partially recovered, he bounced back and began to perform live and record again particularly of interest are the recordings made during his New York period which he found a rejuvenated expressive verve, more intimate than ever before and dominated by the adversities that sculpted his health and everyday life. In the 80 s< Baker was sought out for important collaborations, even outside the jazz field for example, his touching trumpet solo in Shipbuilding by Elvis Costello, a cue in which the English singer/songwriter talks about the controversial was over the Falkland Islands. Chet Bakers dramatic death was as bizarre as his life. On May 13, 1988, at the age of 58, he was found in an Amsterdam alley after having fallen from his second floor hotel room. Destiny perhaps played its hand, but an autopsy confirmed that the artist had taken small amounts of heroin and cocaine before the accident occurred. His fame and compositions have outlived him and will continue to survive, with all their frail sweetness and stylish coherence.