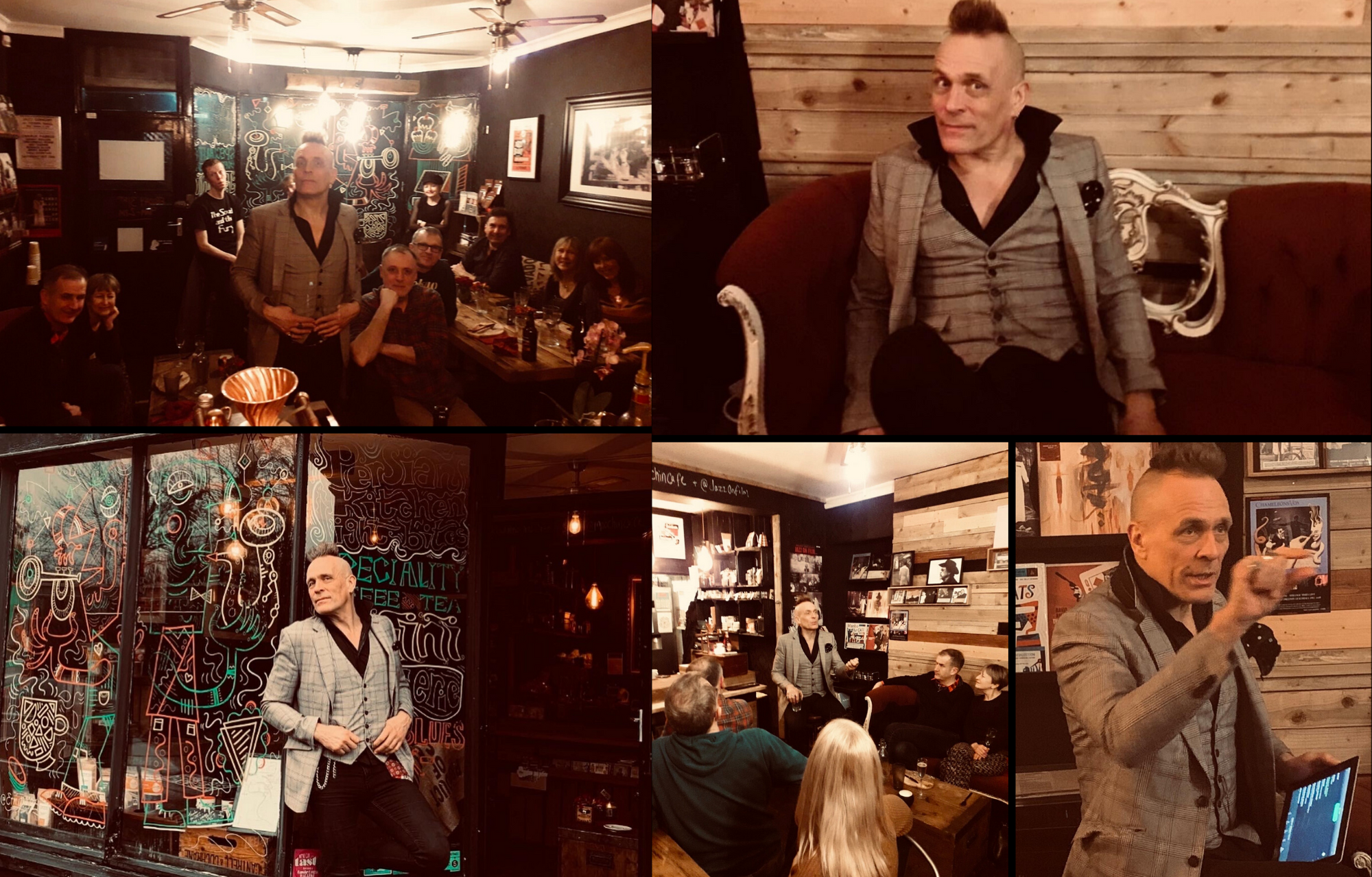 A fantastic night was had by all with our first of a series of events, ” An Evening With..” was held on Friday night 31st Jan…  Louder Than War creator and vocalist of post punk band – The Membranes, John Robb headed up to the idyllic  village of Arnside, to Moochin HQ,  for a Q& A event, playing the soundtrack of his life…

to a plant based menu of falafel &  hummus platters, Persian tagine… customers were entertained by The Membranes frontman, who have just released their sixth album ‘What Nature Gives…Nature Takes Away’ in June 2019 – with an eclectic mix of stories & songs, that featured…

Hanging around ~ The Stranglers

Kings of The Wild Frontier ~ Adam & The Ants

I Wanna Be adored ~ The Stone Roses

John’s polished works,  include a biography of The Stone Roses, Stone Roses and the Resurrection of British Pop; Punk Rock: An Oral History which has been translated into several different languages; Death To Trad Rock, an account of the 1980s UK DIY underground, including The Membranes, Three Johns, The Nightingales, and Big Flame; The North Will Rise Again – Manchester Music City from 1976 to 1996, an oral history of Manchester music which received 4/5 stars in Q magazine and 5/5 stars in Mojo magazine. His new book about post punk is due for release in 2019.